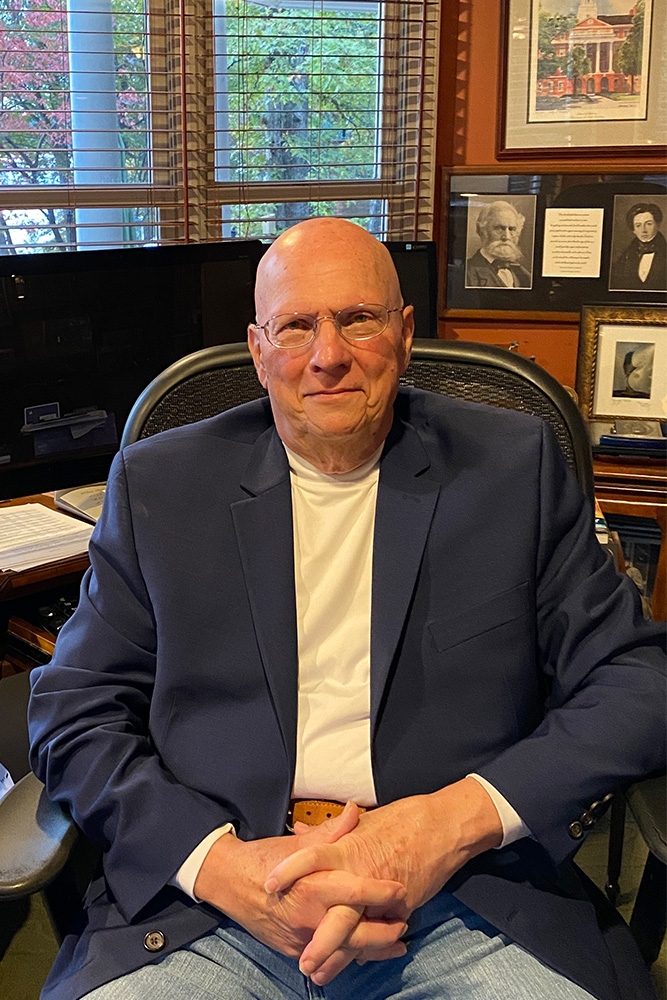 Dr. Gangemi received his Bachelor of Science degree from Clemson University and his Doctorate in Medical Microbiology and Immunology (with focus in virology/biophysics) from the University of North Carolina School of Medicine. While at UNC he studied under D. Gordon Sharp and was awarded a graduate traineeship from the National Institutes of Health.

In 1973 he entered military service and was assigned to Fort Detrick and the US Army Medical Research Institute of Infectious Diseases (USAMRIID). During his military service, he worked on vaccine development for highly infectious (BSL-4) viral agents including alpha-, flavi-, bunya- and arenaviruses. While at USAMRIID he was recognized for his studies on the biochemical properties of arenaviruses and received the Army Commendation Medal for Meritorious Service.

In 1978 he accepted a faculty position in Microbiology and Immunology at the University of South Carolina School of Medicine where he formed the “Laboratory for Antiviral Research”. While at USC he received theSouth Carolina Drug Science Foundation Distinguished Research Award and the O’Neill Barrett Distinguished Faculty Award.

In 1984, he took sabbatical leave to study with colleagues at the Katholieke Universiteit in Leuven Belgium, and at Ciba-Geigy in Basel, Switzerland where he helped in the development of a novel interferon (rhuIFN alpha B/D) for treatment of viral respiratory and hepatic diseases. He left USC in 1992 after being selected as the first Executive Director of the Greenville Hospital/Clemson University Biomedical Alliance, to form a new academic research partnership linking Clemson’s life science faculty with Greenville’s medical staff. He remained in this position for 7 years, and in 1999 was asked to serve as Executive Director of the National Nutraceutical Center, a joint endeavor between the state’s three research universities, to promote national recognition of South Carolina’s centers of excellence in synthetic and medicinal chemistry.

In 2005 Gangemi took administrative leave from Clemson to accept a federal appointment as the Senior Medical Advisor to the Undersecretary for Health Affairs, DOD, in Washington, DC, drafting programmatic review policies for evaluating and funding medical countermeasure research. In 2007/2008 he was appointed Senior Fellow and Advisor to the President of the Uniformed Services Health Sciences University in Bethesda, MD, where he coordinated efforts to link faculty with nearby NIH scientists in key areas of medical countermeasure research. Gangemi retired from DOD and academia with more than 35 years in biomedical research and now actively consults with the biopharmaceutical industry in medical countermeasures, bioterrorism, hemorrhagic diseases, and arboviral vaccines.

Gangemi currently is a ClinicalProfessor, Pathology, Microbiology and Immunology at the University of SC School of Medicine. He holds an adjunct faculty position with the Texas A&M Center for Innovation and Advanced Development and Manufacturing, and is Senior Medical Advisor to American Defense International in Washington, DC. Gangemi is Professor Emeritus, Microbiology and Molecular Medicine, Clemson University, Clemson, SC.