Home > About > Office of the President > Hipp Center > About Van Hipp 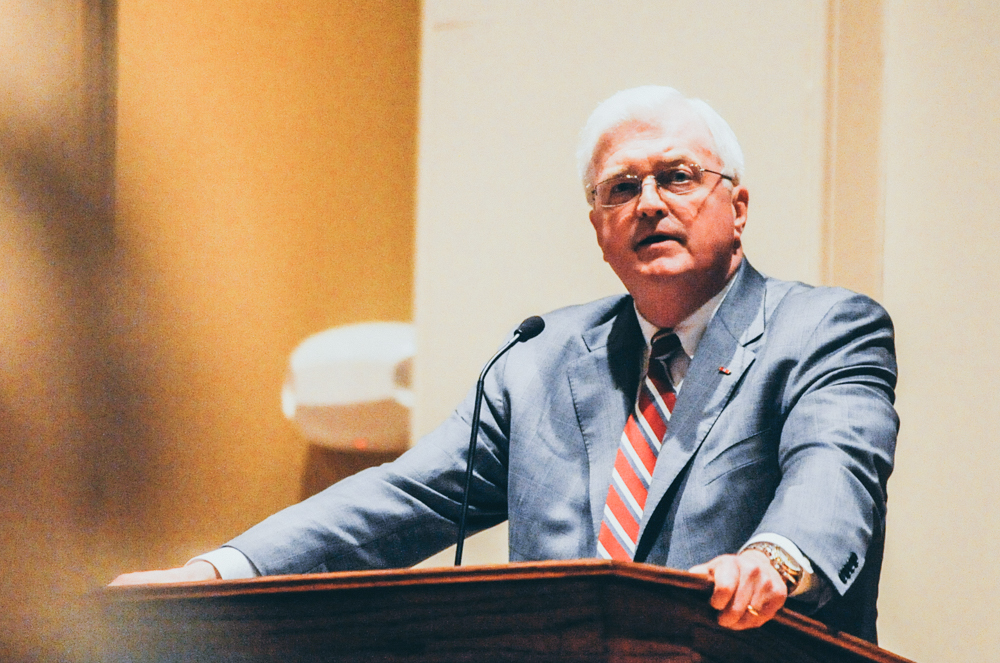 Van Hipp is chairman of American Defense International Inc. He’s a former chairman of the South Carolina Republican Party, as well as a former member of the Electoral College. In 1990, he was sworn in as deputy assistant secretary of the U.S. Army (reserve forces and mobilization). In this capacity, he served as the U.S. Army secretariat’s “point man” for the successful mobilization, and then demobilization, of the Army’s reserve forces for Operation Desert Shield/Storm.

Following the Tailhook scandal, Hipp was named by U.S. Secretary of Defense Dick Cheney to be the principal deputy general counsel of the U.S. Navy. Hipp served in this capacity until January 1993.

Hipp is a veteran of the U.S. Army and served on active duty in both Operation Desert Storm and Operation Restore Democracy. He is a recipient of the Bronze Star Medal. He continues to speak on defense issues at public forums across the country and writes a regular column for Newsmax on international policy. His book, “The New Terrorism: How to Fight It and Defeat It,” was published in February 2015. All proceeds go to scholarships for the children of fallen guardsmen and guardsmen wounded in action in the war on terror. All scholarships are being administered by the National Guard Educational Foundation.

Since the Sept. 11, 2001 attacks, Hipp has appeared on the Fox News Channel and Fox Business Channel over 700 times as an expert commentator on the war on terrorism and has been a guest on most of the network’s major news programming. In addition, he has appeared on MSNBC, CNN, the London-based Sky News Channel, Newsmax TV and the CBS Evening News.

On Nov. 3, 2016, he presented a lecture titled “The Greatest Challenge of our Next President: Keeping America Safe During These Times” at the Gerald R. Ford Presidential Museum in Grand Rapids, Michigan. He also served as moderator for the Presidential National Security Town Halls for several candidates during the 2016 presidential election cycle. He serves on the board of trustees for the American Battlefield Trust.

He is married to the former Jane Grote of Nashville, Tennessee, and they have three children: Trey, Sarah Camille and Jackson. He and his family split their time between Alexandria, Virginia, and Georgetown, South Carolina.