Home > About > Office of the President > Biography of Nayef H. Samhat 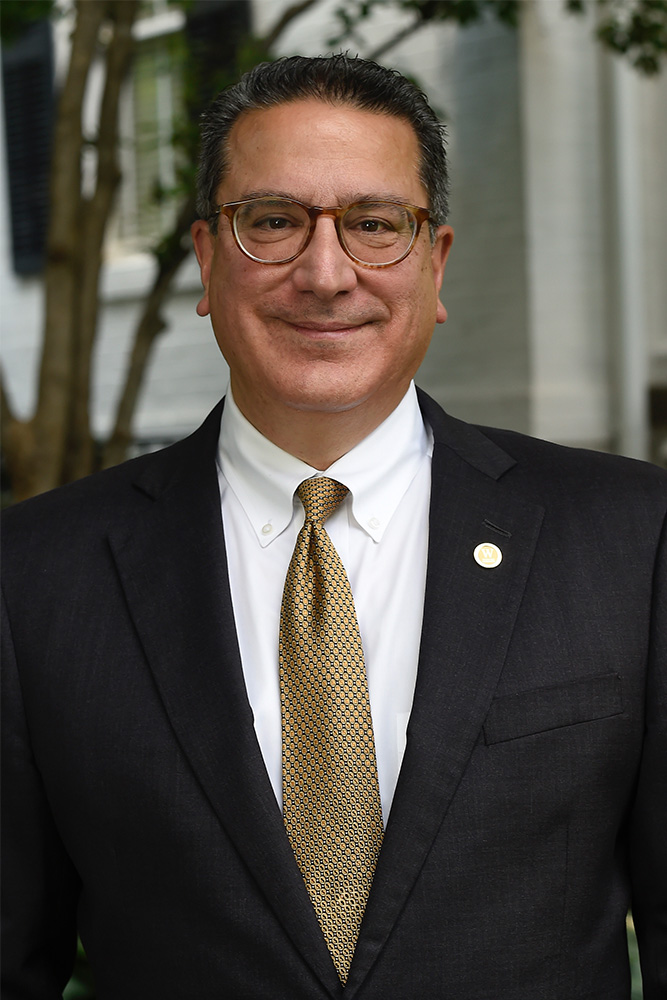 Samhat came to Wofford in July 2013 after serving as provost and professor of political science and international studies at Kenyon College in Gambier, Ohio. Prior to his time at Kenyon, he was the Frank B. and Virginia B. Hower Associate Professor of Government and International Studies and an associate dean at Centre College in Danville, Kentucky.

Since taking office at Wofford, Samhat has led the college through:

He serves on the executive committee of the Annapolis Group of Liberal Arts Colleges, the SACSCOC Board of Directors and the IES Board of Directors. Past national service includes the Council of Independent Colleges and the National Association of Independent Colleges and Universities (NAICU) boards of directors, as well as serving on the NCAA Division I board of directors and the NCAA board of governors, including service on the NCAA Division I Presidential Forum and as a mentor for the NCAA Pathway Program.

Samhat is married to Prema Samhat. They have three daughters, Alia, Jehan and Leila, and three grandsons.