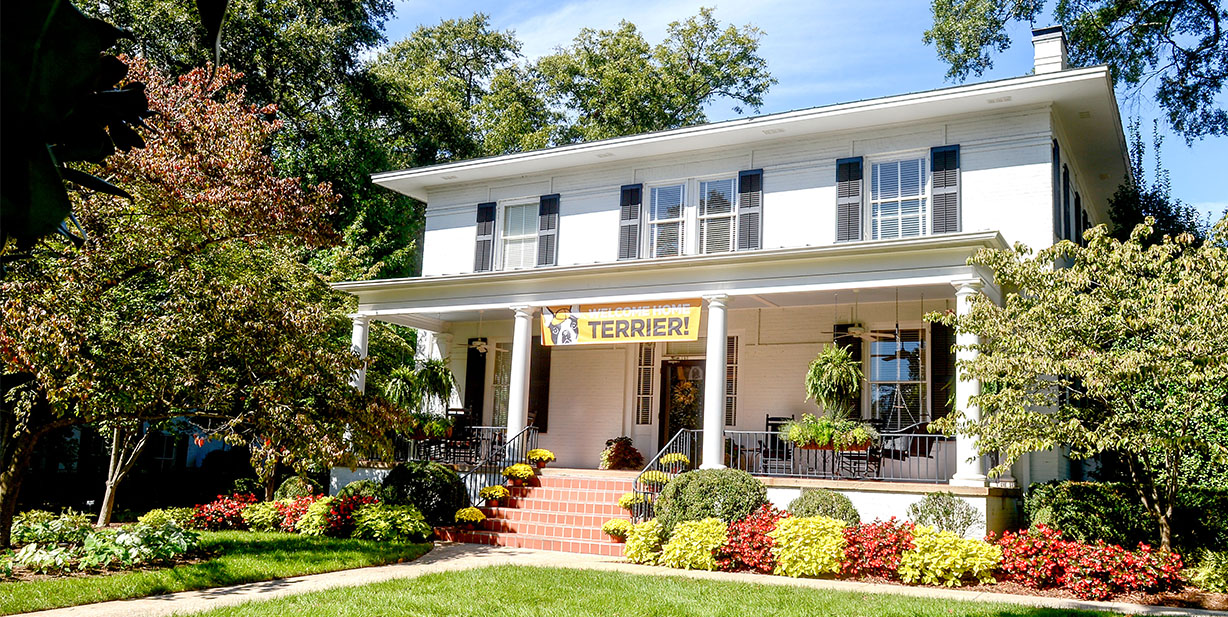 A closer investigation creates another impression, however. There’s a sunny, modern kitchen with space for work and entertainment, an enlarged front porch, central heat and air conditioning, cable TV and high-speed internet connections.

The house is much grander than it was when Professor Coleman B. Waller built it in 1911, but remains a perfect complement to the older structures on either side of it.

Dr. W.K. Greene became the first Wofford president to live there. Subsequently, presidents Gaines, Marsh, Hardin, Lesesne and Dunlap lived in the house, and now the Samhats have joined that illustrious tradition.

“We tried to make Wofford’s long history evident to anyone who visits the house,” says architect Glen Boggs of McMillan Smith & Partners. “Specific items, like the beautifully painted portrait of Dr. Snyder in the living room, are redolent of the college’s past.”

The renovations, requiring 10 months to carry out, were funded by friends of the college in honor of Joe and Ruth Lesesne upon their retirement in 2000.

Major funding for these essential renovations came from longtime Wofford friends Paula Black Baker and Marianna Black Habisreutinger of Spartanburg, in memory of their mother Anna Maybry Black. Trustee Roger Milliken also provided funding for the project, and Kindel Furniture Company of Grand Rapids, Mich. contributed many of the furnishings in the downstairs area.

Wofford’s 1854 President’s Mansion was home to William Wightman and A.M. Shipp, who were famous for their warm, often lavish, hospitality. Too close for comfort to Clinchfield Railroad coal trains, it was demolished in the mid-1920s. The site was close to the intersection of Memorial Drive and College Drive.