Army Reserve Officer Training Corps allows students to compete for up to a four-year full scholarship based on their own merits. Graduates enter service in the active Army, Army National Guard or Army Reserves as leaders from day one. 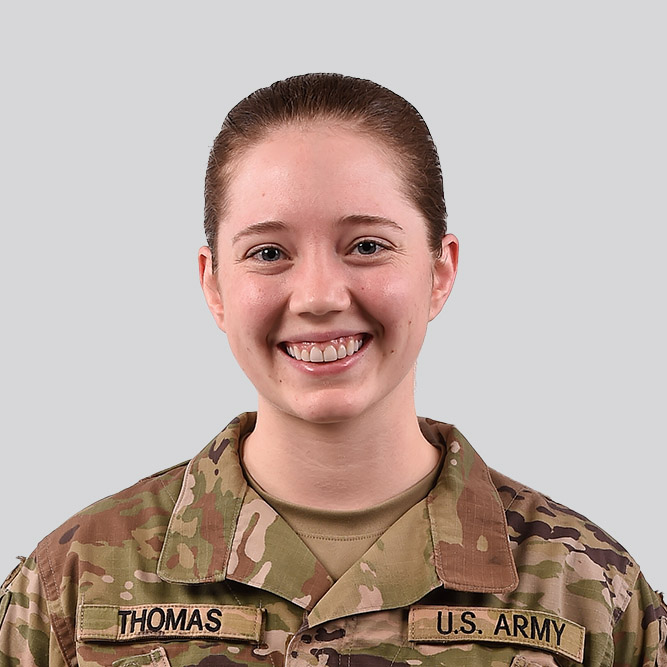 Elizabeth Thomas was a Distinguished Military Graduate in the top 20% of cadets across the nation. She majored in sociology and anthropology. While at Wofford, Thomas was a recipient of Wofford’s Army ROTC merit scholarship. After graduation, she was commissioned into the U.S. Army Adjutant General Corps as a second lieutenant on active duty. Thomas also was the founding president of the Kappa chapter of Mu Beta Psi, a music service fraternity.