The fifth annual South Carolina High School Ethics Bowl will take place at Wofford College on Saturday, January 21, 2023. We are thrilled to be back live and in person at the beautiful Rosalind Sallenger Richardson Center for the Arts. Please contact Bowl Organizer Steve Michelman for information or if you or your school would like to participate: michelmansa@wofford.edu

How to register a team?

To register your team(s), the team coach or advisor should go to nhseb.unc.edu and click on “School Registration.” Enter your school email and follow the prompts to complete the registration. The fee this year is $125. Financial assistance is available.

Register your teams for the Wofford Bowl. Each school may register up to two teams. The fee for Wofford Registration is $40.00 per school.

Connect with us on social media for updates on the Ethic Bowl! 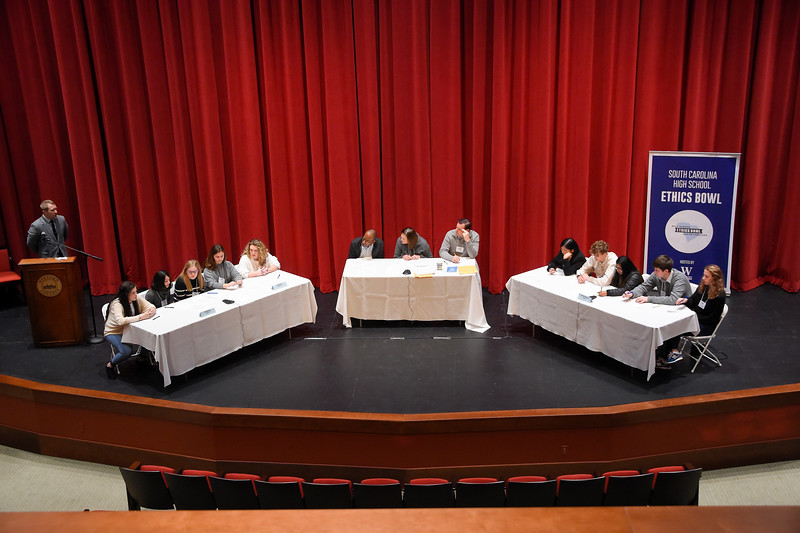 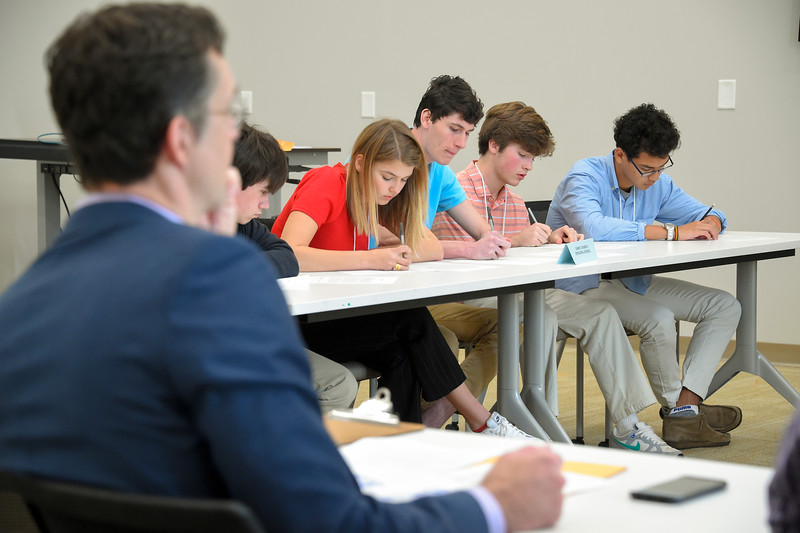 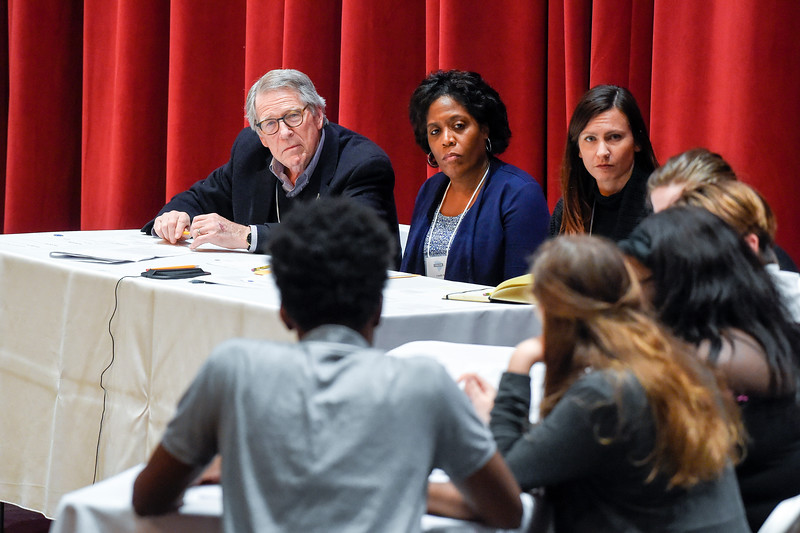 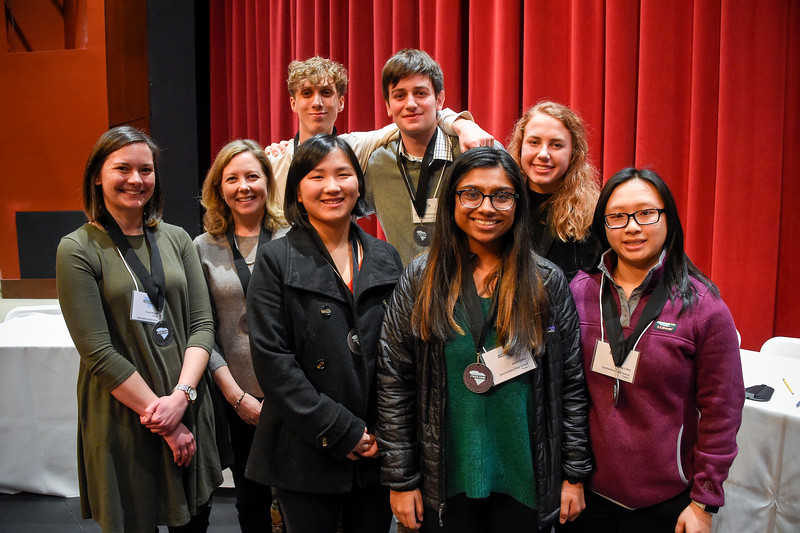 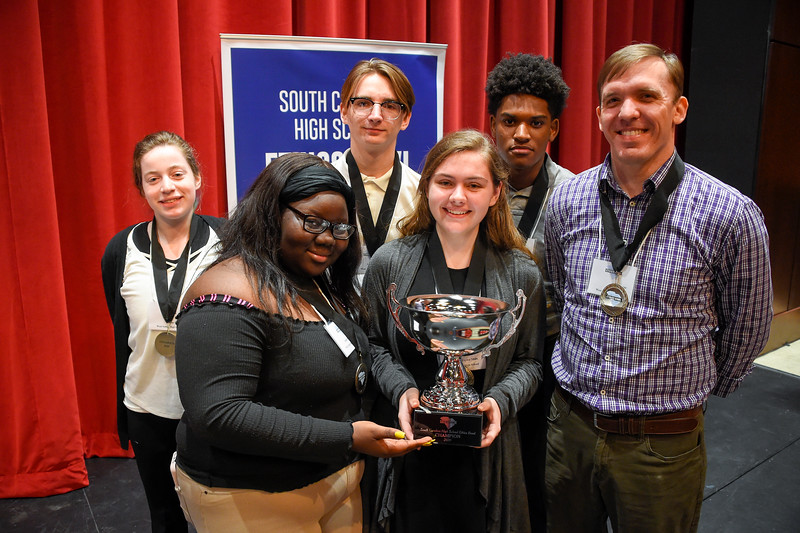 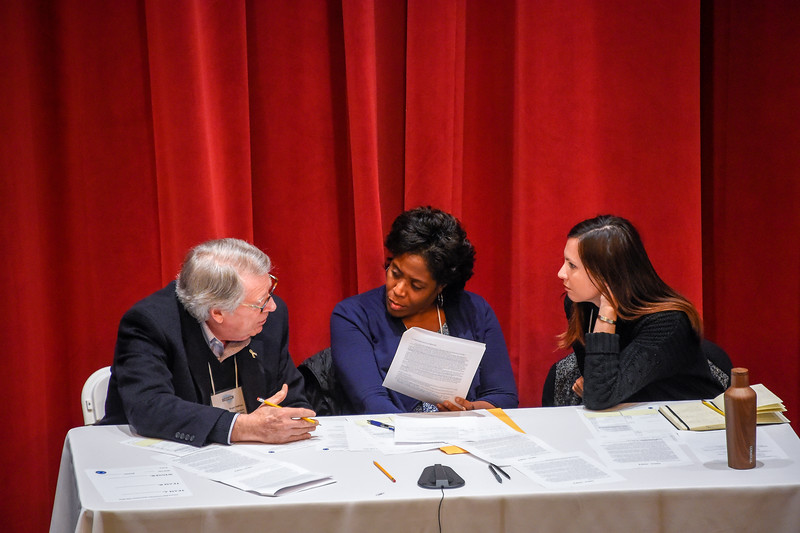 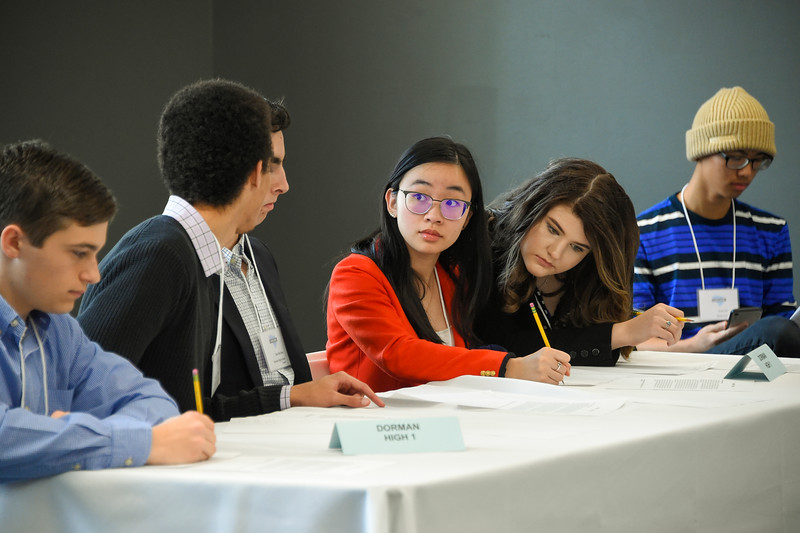 Democracy is a form of society that encourages dissent and disagreement -- in government, among citizens, and between citizens and government. Democracy flourishes when dissenting opinions regularly are aired, heard, and responded to. But disagreement is an art form that must be learned. In a healthy democracy, people learn to discuss, debate, and disagree with others without demonizing them.

Ethics Bowl is an exercise in the democratic art of disagreement. Jonathan Ellis and Francesca Hovagimian capture this idea eloquently in a recent Opinion piece for The New York Times that contrasts ethics bowl with speech and debate (“Are School Debate Competitions Bad for Our Political Discourse?”):

“…disagreement is frequent in the Ethics Bowl, and the discussions are spirited. That’s a good thing. After all, spirited dissent and disagreement are hallmarks of a healthy democracy. Disagreement among citizens is inevitable — about politics, morality, education, religion, nearly everything. What’s crucial is how we disagree, and how we converse and deliberate with those with whom we disagree.

It is precisely when we disagree that it is most critical for our thinking to be clear and our dialogue to be charitable and scrupulous. But disagreement is also when we’re most likely to get irritated, defensive and impatient. The more at stake in the conversation, the more difficult it is to remain poised, thoughtful, open to being wrong and ready to acknowledge fair points from the other side.

Disagreeing constructively is a skill — one of the most difficult and important there is. In encouraging students to practice this skill, the Ethics Bowl fosters what may be the most important intellectual virtue of all: openness to changing your mind.”

What is High School Ethics Bowl?

National High School Ethics Bowl (NHSEB) is a collaborative competition where two teams of students discuss an ethical scenario and interact with a panel of judges. The goal is to present clear, consistent, and critical thinking about the ethical implications of the case, and to engage fruitfully and respectfully with the other team and judges.

Each team is assigned a question that is open to debate, such as “Who should have the power to make medical decisions for minors?” or “When is someone morally praiseworthy for donating money to a charitable cause?” Teams present and defend their position and respond to questions raised by the opposing team and judges. Each team is asked to choose and defend the position they find most plausible, rather than attack or “defeat” the opposing team.

Points are awarded for clarity and consistency, understanding the moral issues at stake, awareness of multiple perspectives, and civil discourse in engaging with others. The winner is the team that gives the most coherent analysis, listens and responds best to questions, and advances the understanding of the ethical issues under discussion.

NHSEB was created in 2012 by the Parr Center for Ethics at the University of North Carolina in Chapel Hill, when it was adapted from Collegiate Ethics Bowl. Questions used in NHSEB are based on a set of regional case studies published each year in early September (see link to 2020 Regional Case Set in the Resources section, below).

What is an ethics bowl match?

At the start of a match, one of the 15 cases is announced and the first team (decided by coin flip) begins its analysis. The other team then has a chance to ask questions, followed by a 10 minutes Q&A period with the three judges. After 30 minutes, a second case is announced and the process is repeated with the teams in reverse positions. A complete match takes approximately 60 minutes. At the end, judges tally their scores and a winner is announced.

What happens after the Wofford Bowl?

The winner of the Wofford/SCHSEB Virtual Bowl will participate in a virtual playoff match with another state winner (TBD). The winner of that playoff will go on to compete in the National High School Ethics Bowl Finals held in April at the University of North Carolina Chapel Hill.

The following links can be used for more education regarding the South Carolina High School Ethics Bowl.

Thank you to our sponsors for making the South Carolina High School Ethics Bowl possible!

Connect, Mary Black Foundation, Milliken & Co., Spartanburg County Public Libraries and Wells Fargo have been integral to the success of our event.

For more information about South Carolina High School Ethics Bowl at Wofford College, including how to register a team for the Wofford bowl, please contact: