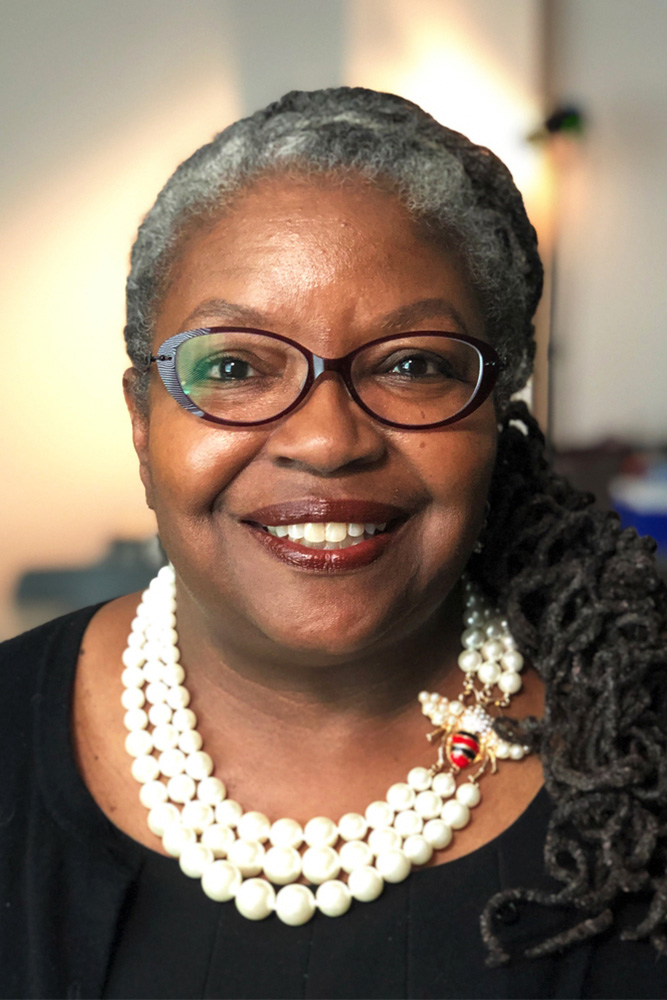 Dr. Debora Johnson-Ross ’81 is the director of the Mayor’s Scholars Program at Baltimore City Community College, a college promise program.

Johnson-Ross has been a dedicated educator for nearly 30 years, supporting student success as a faculty member, administrator, mentor and scholar in public, private and entrepreneurial settings. Trained as a comparative political scientist, Johnson-Ross’ scholarly work focuses on politics of identity, ethnicity and nationalism, Cameroon politics and best practices in transitioning students from high school to college. She has studied the relationship between leadership, constitutions and the electoral process in several African countries. Her broad international experience includes teaching international law and African politics as a Fulbright Scholar at the University of Buea (Cameroon, 2006-2007) and returning as a consultant to lead workshops on conducting research, and entrepreneurship and community service as engines of local development. She has led service-learning trips to Cameroon and Zimbabwe, where she established a partnership between McDaniel College and Africa University (Old Mutare, Zimbabwe). As an administrator, Johnson-Ross maintains her scholarly involvement, traveling to Cameroon as often as possible and serving as the president of the North American Association of Scholars on Cameroon.

Johnson-Ross earned a Ph.D. and M.A. in international studies from the University of South Carolina, an M.S. in contract and acquisition management from the Florida Institute of Technology and a B.A. in government from Wofford College. She served as a faculty member at Wofford, was a longtime resident of Spartanburg and is a member of Phi Beta Kappa, Delta Sigma Theta Sorority and a Fulbright Ambassador. 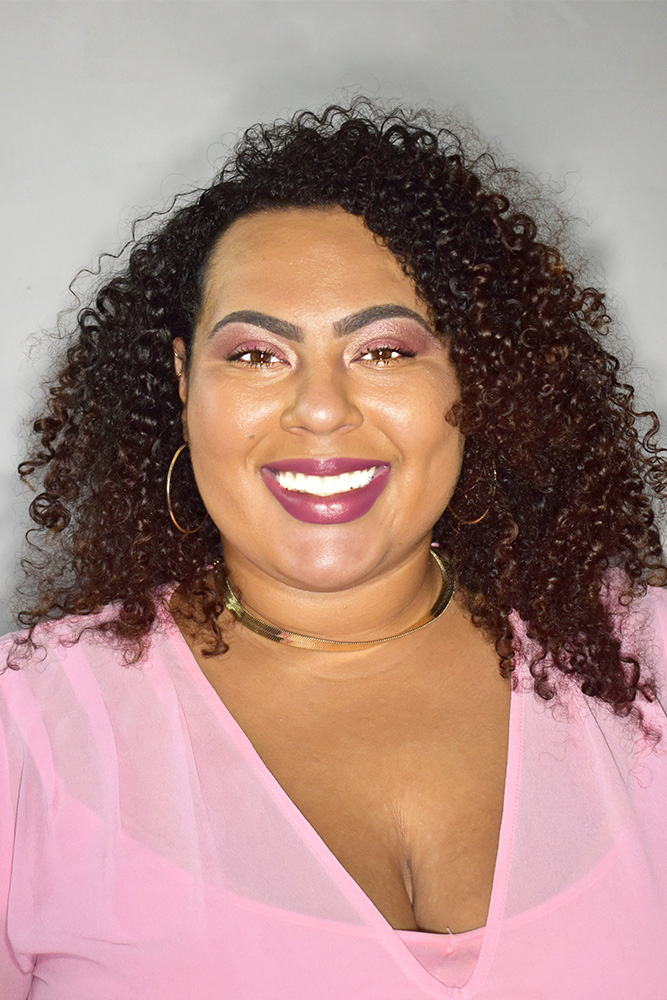 Caitlynn Myer ’18 is the national project manager for the Moving HBCUs F.O.R.W.A.R.D. campaign, engaging over 100,000 students across more than 40 HBCUs in community-based learning education in collaboration with celebrity sponsors.

Myer is passionate about supporting and creating anti-oppressive spaces to empower liberatory practices across higher education. As a student-centered educator, she dedicates to experiential approaches that bolster opportunities through cultural wealth to empower student leadership. Myer’s scholarly work focuses on best practices of academic advising, decentralizing whiteness as practices of allyship, the impacts of racialization and spatialization on campus environments and retention initiatives as counters to barriers to student success among non-traditional students.

Elected co-chair of the Action Research Collective (ARC), she conducts photo-elicitation and photovoice research on the experiences of graduate students of color at predominately white institutions. Myer’s experiences in student success initiatives range across higher education and non-profit sectors. In her time at Clemson University, Myer constructed curricula on topics such as suicide prevention, sexual assault, interpersonal violence and mental health for all first-year students. Instrumental in the development and mentorship of the Gateway Scholars Program at Wofford, she has served as a student success advisor since the program’s inception in 2017.

Myer earned a master’s of education in higher education administration, counseling education and student affairs from Clemson University and a B.A. in sociology from Wofford College. She is a native of Hickory, North Carolina, and is a member of the American College Personnel Association and National Association for Student Personnel Administrators. 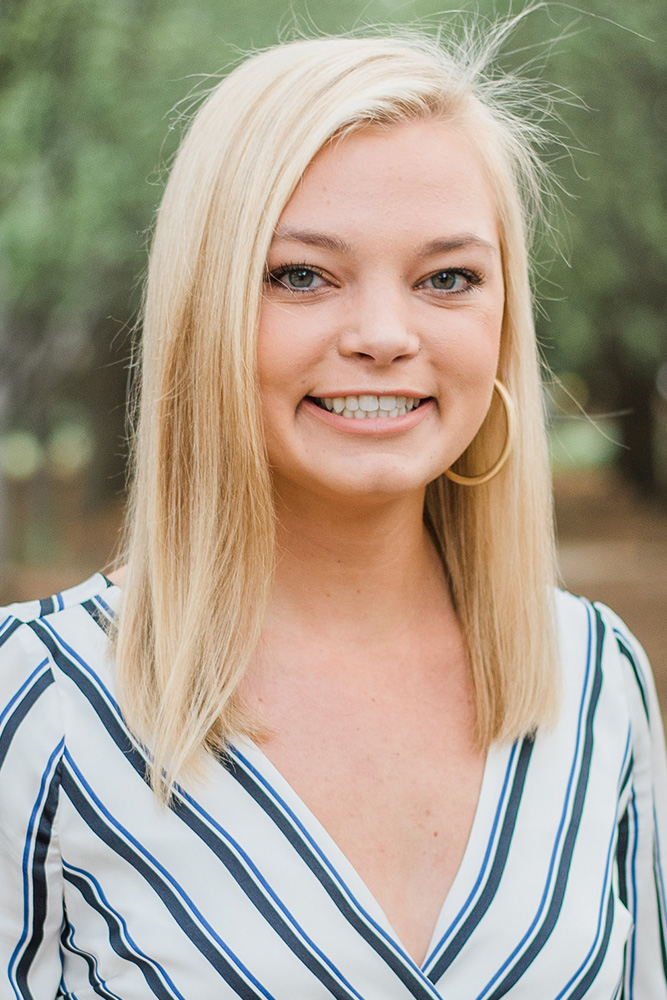 Kathleen Hughes ’19, is a project coordinator for the education assessment team for Cambium Learning in Washington, D.C.

A native of Greenwood, South Carolina, Hughes graduated Summa Cum Laude from Wofford College, majoring in English and philosophy. Hughes was involved on campus in a variety of ways, including as president of Sigma Tau Delta, a member of the Honor Council, a tutor for the Writing Center, and a photographer and writer for The Old Gold and Black. She also held leadership positions in Zeta Tau Alpha and volunteered as an orientation staff leader. She was elected to Phi Beta Kappa, served as a junior marshal, received the L. Harris Chewning English Award and the Philosophy Department Award, represented the Department of Philosophy in the Presidential Seminar, was awarded a South Carolina Press Association Award for an article in The Old Gold and Black and presented her senior thesis at the 2019 South Carolina Philosophical Association Conference in Columbia, South Carolina.

In addition to her involvement on campus, Hughes worked with Dr. Christine Dinkins and Dr. Laura Barbas Rhoden and a team of four undergraduate students to conduct phenomenological research on how to make community spaces in Spartanburg inclusive and welcoming for the Latinx population. This research culminated in a published academic paper, “Inclusive Place-Making in Spartanburg, S.C.: Amplifying Latinx Voices through Community-Based Research,” that informed various stakeholders in the city of Spartanburg in their community planning. Hughes presented this research at the International Human Science Research Conference in Molde, Norway, in June 2019. She is passionate about using qualitative research as a tool to provide an equitable and inclusive experience on the Wofford campus and beyond.