Wofford’s first graduate set the bar high for all of the men and women who followed him.

Samuel Dibble, who earned Wofford’s first bachelor’s degree on July 16, 1856, later became the first of ten Wofford alumni to serve in the United States Congress. A native of Charleston, Dibble was born on September 16, 1837. His father was a hat maker with Connecticut roots. Dibble received some of his early education in New England and the rest in Charleston. In 1853, he enrolled at the College of Charleston. Late in the spring of 1855, a disagreement between students and faculty members led a large number of students to leave the college. Dibble, who was a Methodist, transferred to Wofford in the fall of 1855. He entered the junior class, but took the senior coursework in addition to the junior courses.

After the excitement of South Carolina’s largest city, Spartanburg likely was awfully quiet for the young Dibble. Perhaps the lack of diversions accounts for his ability to take two years’ worth of courses in one year.

In October 1855, he wrote his brother Virgil about life in Spartanburg, in the house where he was boarding, and about college:
The weather has been pleasant for some time past. Several persons in the house have colds, but so far I am clear, and will try and keep so. Mr. Fripp and myself have a comfortable room... with the additional comfort of a fireplace. I am gradually getting over being foolishly homesick, and am tolerably well satisfied with my situation. I spoke in the chapel of the college on Thursday last. It is the custom to speak selected pieces. I gave them “The Future.”

I am getting used to the college, and like it very well, if they would only have regularity in ringing the bells; but they vary from about ten minutes before to ten minute after the proper hour in ringing the first time, and ring the second at the right time, thus creating great confusion… Add to this that college time is different from every other in the place, and is changed every two or three months as [Professor Herman] Baer’s watch is regulated, which is the college time, there being no clock on the premises.

Dibble lamented the lack of news in Spartanburg. “I saw the first Charleston paper I have seen since I left Charleston this morning. The papers here have hardly any news at all, and what they have [is] very uninteresting. I wish you would send me some paper with interesting news about once a week.”

About two weeks later, Dibble wrote to ask his brother to send him some books he needed for his courses. He asked for a copy of “Antigone of Sophocles” and “Cicero de Oratore” because he was using borrowed copies and they could not be found for purchase in Spartanburg.

Dibble did not make the trip to Charleston for Christmas, remaining in Spartanburg. The college likely did not take a lengthy Christmas break as they did in subsequent years. Also, the railroad had not reached Spartanburg in 1855, making the trip even harder. He wrote on Christmas Eve to tell his brother of his holiday plans:

I suppose you would like to know how I expect to spend Christmas. Well, in the morning I do not know exactly what I shall do. I suppose I will dine with Mrs. Choice’s mother, Mrs. Cleveland, as the family is invited, and myself too. I have been invited to go on a partridge hunt in the afternoon, but do not know whether I shall go or not. The party tomorrow afternoon will consist of from a dozen to twenty of the young ladies and gentlemen of the village, and will be a very pleasant one without doubt, and I would go with great willingness and eagerness if I were not ashamed of my horsemanship. I suppose you will be shooting crackers, and setting off wheel rockets, etc, as usual on Christmas. I have been trying to get some wheel-rockets or something of the kind, but even firecrackers are not to be got here. Tomorrow night I expect to go to a “candy-pulling” at Miss Bobo’s, and hope to have a great deal of enjoyment.

A letter in January talked about the small amount of time he had to write letters with the heavy course load he was taking. He also asked for money as he was spending a great deal on candles.

As the only graduate in July 1856, Dibble gave the valedictory address on the subject of “Genius.” It was reported to have been a good speech, though the fact that many of the other addresses that day were in Latin may have added to its impact. Dibble received his diploma and King James Bible from the faculty and headed to Orangeburg, where he taught, read law, and married. Dibble soon married Mary Christiana Lewis of Orangeburg.

Though family members recalled Dibble as a supporter of Southern independence, they do not recall that he was a “fire-eater” or ardent secessionist as many South Carolinians were in the 1850s. Nevertheless, Dibble joined the Edisto Rifles, a unit of Johnson Hagood’s regiment in the South Carolina Volunteers. Though he joined as a private, he was soon promoted to second lieutenant. The unit was posted on the South Carolina coast. When his unit was later divided, he became part of the 25th South Carolina Volunteers where, as a first lieutenant, he fought in the Battle of Secessionville, on James Island. In July 1863, he was captured by Federal soldiers on Morris Island. Imprisoned first on Hilton Head, and later New York Harbor, he was exchanged on the James River Wharf on October 15, 1864. However, Dibble was captured again by Federal forces near Town Creek, Virginia on February 20, 1865 and imprisoned at Old Capitol Prison in Washington, DC and at Fort Delaware before he was released on June 17, 1865. He made his way to Connecticut, where his Northern cousins gave him enough money to get back to Orangeburg.

During Reconstruction, Dibble, with no ties to South Carolina’s pre-war aristocracy, became involved in the state’s growing business class. He worked for reconciliation between the North and South, according to his great-granddaughter, Caroline Emanuel. Men like Dibble were involved in the state’s growing banks, railroads, early industrial development, and often were strong proponents of state involvement in economic development. Many of their views were closer to the old Whigs than to antebellum Democrats. Dibble came to support the campaign of General Wade Hampton for governor in 1876, and he himself was elected to the South Carolina General Assembly. He served two years there, then was elected to the University of South Carolina Board of Trustees and served on the Board of School Commissioners for Orangeburg County. As a university trustee he was a member of the executive committee of the state Agricultural and Mechanical College at Orangeburg, which became South Carolina State University.

In 1878, Dibble was invited to give the annual address before Wofford’s literary societies during Commencement week. His address, “The Duty of the State in Regard to Education” was widely distributed in pamphlet form. The talk was an argument in favor of compulsory public education, which was, at least in South Carolina, a position about 40 years ahead of its time. 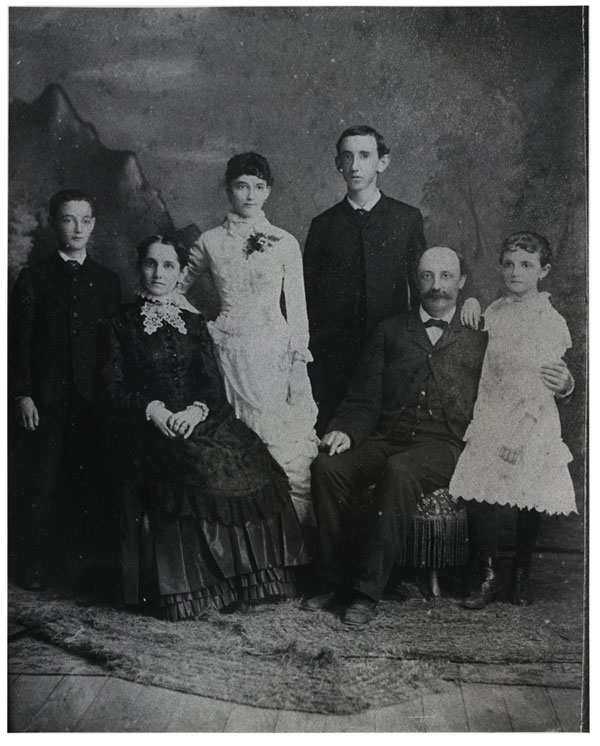 Following his service in the General Assembly, Dibble was a delegate to the 1880 Democratic National Convention and a presidential elector in the 1880 election. The next year, Dibble won a special election for a seat in the U. S. Congress to replace the 1880 election winner, who had died. He took his seat in December 1881, but the House of Representatives gave the seat to Edmund W. Mackey in May 1882, deciding that Mackay had won the original 1880 election in which Dibble had not been a candidate. Dibble ran for the seat again in the fall of 1882, winning that and three subsequent elections.

With the rise of the Tillman movement in South Carolina, Dibble did not seek reelection in 1890 and retired from Congress in 1891. He returned to Orangeburg where he continued to work in his business interests, including banking, practicing law, and serving as president of the Bowman and Branchville Railroad. In 1894, he received an honorary doctor of laws degree from Wofford, becoming only the second layman to receive an honorary doctorate from the college.

The “Grand old man” of Orangeburg, as he was known, died on September 16,1913 and is buried in Orangeburg. Several of his descendants have remained close to the college. His son-in-law, Benjamin Hart Moss, was a trustee at Wofford for many years and chairman of the trustees for a time. A great-grandson, Dr. Samuel Dibble Watson, graduated from Wofford in 1964.