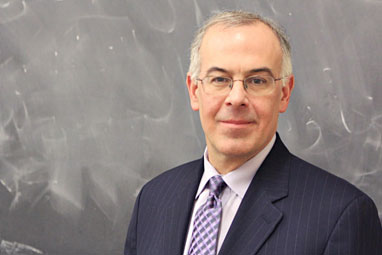 SPARTANBURG, S.C. – New York Times columnist David Brooks will discuss today’s political climate in a guest lecture at 7:30 p.m. Tuesday, Sept. 26, at Wofford College. The event, to be held in Leonard Auditorium in Main Building, is free and open to the public.

Brooks became an op-ed columnist for The New York Times in September 2003. His column appears every Tuesday and Friday. He writes on politics, culture and the social sciences. He currently is a commentator on “PBS NewsHour,” NPR’s “All Things Considered” and NBC’s “Meet the Press.” Brooks is the author of “Bobos in Paradise: The New Upper Class and How They Got There” and “On Paradise Drive: How We Live Now (And Always Have) in the Future Tense.”

His latest book, “The Road to Character,” was published in 2015. His 2011 book, “The Social Animal: The Hidden Sources of Love, Character, and Achievement,” was a No. 1 New York Times best seller.

Brooks also teaches at Yale University and is a member of the American Academy of Arts and Sciences.

For those who cannot make it to campus, the lecture will be livestreamed at https://youtu.be/Ehu8Fa9jFNs