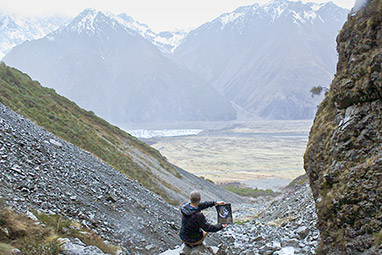 Many Wofford students are able to study abroad during Interim. This year, programs are offered in such places as Scandinavia, Vietnam, Germany and Italy.
2017-01-06

SPARTANBURG, S.C. – It may not be a front seat, but Wofford College sophomore Mary Beth Grant will at least have a spot from which to watch history being made – again – on Jan. 20 in Washington, D.C.

Grant, one of 18 Wofford students participating in the Capitol Hill Internship Program for January Interim, has a standing-room ticket to Donald Trump’s inauguration thanks to U.S. Rep. Mick Mulvaney (R-S.C.), for whom Grant is working during her internship.

“It’s a standing ticket, which will involve standing in front of the Capitol in the cold for many hours,” says the government major from Greenwood, S.C. “I’m looking forward to the opportunity to see a president sworn in and for the other events around the city.”

Other Wofford students in the CHIP program, including senior Megan Rich, plan to attend the South Carolina Inaugural Ball. “All politics aside, I think it’s important to support our nation’s leader, especially in an election like we’ve had where we’re far from a united front on many issues,” says Rich, whose internship is with the Smithsonian Office of Fellowships and Interns and involves writing blogs, sending newsletters and other similar duties. “Plus, it looks like a pretty happing party with good food and an open bar!”

Rich, a biology major from Chapin, S.C., is still looking for a ticket to the inauguration itself, but because the CHIP house where the students are living is just a few blocks from the inauguration parade route, she’ll “watch from as close as I can get.”

Rich, Grant and the other Wofford students are participating in a variety of internships through the CHIP program, organized by the United Methodist College Washington Consortium. The program’s experiential learning component tailors internships to student interests. Participants work four days per week at their internships and attend a seminar every week relevant to the internships and to providing a broader view of American politics.

Interim also provides an opportunity for students to study abroad. Due in part to Interim travel/study, since 2007 more than 2,200 Wofford students have studied in 70 countries on seven continents.

This month, Emily Jones, a junior majoring in humanities with a concentration in medical humanities and a minor in studio art from Rutherfordton, N.C., is in New Zealand completing an independent study project focused on physical therapy. Jones is conducting her study at a local university in Dunedin.

A trio of Wofford seniors – Alex Bentley, a biology and Spanish major from Salem, Va.; Helen Lamm, a Chinese language major with minors in history and studio art from Florence, S.C.; and Kirkland Dickson, a biology major with a minor in environmental studies from Olanta, S.C. – are cycling the perimeter of Taiwan. They also are completing an independent study project on the interplay between policy, tourism, environmental consciousness and the developing cycle culture in Taiwan. These are just a couple of the Interim travel/study projects being undertaken this month.

“Interim travel/study projects offer Wofford students the opportunity to study abroad for a shorter period of time with a focus on a particular topic of study,” says Laura Braun, assistant dean for international programs. “For some students, an Interim experience abroad provides them with their first study abroad experience. After doing this, they may feel more comfortable going overseas for a semester or a year or are able to improve language skills before embarking on an international experience for a longer period of time.

“Study abroad experiences provide students with the opportunity to learn many transferable skills that are important in the workplace, including cross-cultural competencies, adaptability, confidence, creativity, flexibility and independence,” Braun continues.

Interim also includes options for a variety of on-campus courses that stretch teaching and learning opportunities, including:

Robo Sapiens – At some point, “are you a robot?” becomes a serious question. In this project, students examine the state of robotics and tinker with robots and “intelligence” of their own design.

Tracks, Scat, Song and Sign – Students will learn to identify mammal tracks, scat and the other signs and sounds of nature, including birdcalls, and relate them to animal behaviors. The class includes daily field trips through the Carolina winter woods.

Southern BBQ – Participants will get an introduction to Southern barbecue, including history and culture as well as techniques for its preparation. Daily preparations and tastings will happen Monday through Thursday, while Fridays will be reserved for catered barbecue meals. The class will culminate with a barbecue tasting competition on Thursday, Jan. 26, at R.J. Rockers in downtown Spartanburg.

Stories of Spartanburg – This course will revolve around readings of authors from or currently living in Spartanburg. Students also will produce a social media project that will capture the stories of citizens of Spartanburg through interviews and observation.

Living in a Microbial World – Even though we can’t see them with our naked eye, microorganisms are everywhere. Students will investigate the interactions between man and microbes, learning about how some cause deadly diseases and others have been genetically engineered to remove pollutants from the environment.