The Man with the Idea: Hugh Andrew Crawford Walker 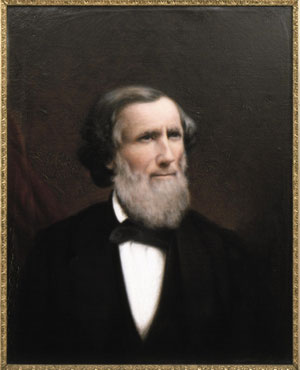 Hugh Andrew Crawford Walker was born in County Antrim, near Belfast, Ireland in 1809. His parents moved to South Carolina in his childhood. He was admitted to membership in the South Carolina Conference of the Methodist Episcopal Church in 1831, and served appointments across South Carolina, including Washington Street in Columbia, Georgetown’s Duncan Memorial, Union, Sumter, and Charleston. He was a presiding elder (now known as a district superintendent) of six different districts on six different occasions, for a total of 21 years. He served in this position in Wilmington, NC for 4 years, Cokesbury, SC for 2, Charleston for 4, Spartanburg for 4, Orangeburg for 3, and Marion for 4. Additionally, he was elected to 10 Methodist General Conferences, including the Louisville Conference where the Methodist Episcopal Church, South was organized. All of these positions clearly mark him as a man who had great influence in the Methodist Church in South Carolina.

Walker was named in the will of Benjamin Wofford as an original trustee. The annual conference subsequently elected him as a trustee in 1851, and he served until 1866. He served again from 1869-1883. When the first chairman of the board of trustees, William M. Wightman, became the College’s first president, Walker succeeded him as president of the board, serving in that position from 1853-1866. Walker married Sarah Elizabeth Matilda Wightman, a sister of President Wightman. So, Walker was the first president’s brother-in-law.

Walker was appointed by the conference as the financial agent of the college in 1875, though some of the trustee records indicate that he held that post as early as 1870.

More than simply serving as a trustee for 15 years, Walker played a critical role in the founding of the college. While Benjamin Wofford had considered endowing a college as early as 1844, according to College historian David Duncan Wallace, in the summer of 1849 he was considering spreading his wealth among a number of charitable institutions. In an essay dictated to James H. Carlisle in 1884, only two years before his death, Walker recounts his conversation with Wofford. Without Walker’s assurance to Wofford that the conference did desire the creation of the conference, Wofford College might never have been created. Truly, Hugh A. C. Walker was present at the creation of Wofford College.

The Archives has some of his artifacts, including two scrapbooks, a collection of letters, and a small book given by him to his daughter. There are also two account books that he kept with some of the records that he kept as Wofford’s financial agent.

Above: Walker's portrait, by Thomas Wightman.