For Student Opportunity in an Inclusive Community

Citizens and scholars: a Wofford approach 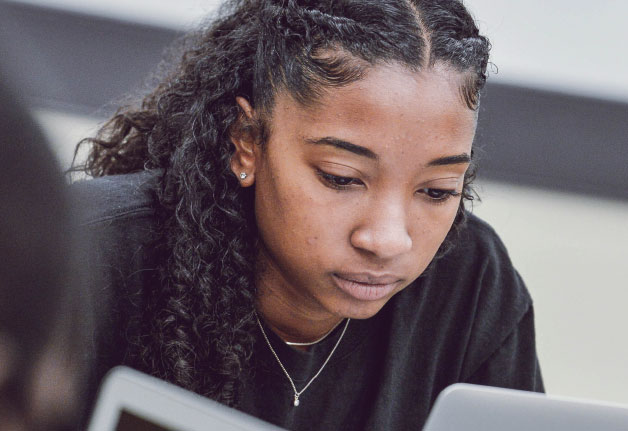 Rhett Billings ’20 was introduced to the Citizen Scholars program as a sixth grader.

Ten years later, he’s on target to be part of the Wofford Class of 2020 with a mathematics degree, and he’s looking toward a future he probably couldn’t have envisioned as a 12-year-old.

Billings and dozens of other students have received great benefits — both financially and through relationships with mentors and fellow students — from the Citizen Scholars program, one that Wofford is re-emphasizing with new scholarship funding.

The Citizen Scholars Institute is a program of The Spartanburg County Foundation. The program identifies and works with at-risk sixth- through 12th-grade students to help them prepare for the college selection and application process.

Each Citizen Scholar is assigned one or more mentors to assist them in preparing for college. In many cases, these mentors, some of whom are Wofford students, become lifelong friends with the scholars.

“The mentoring and the friendship were the most important part for me,” says Billings, a graduate of Woodruff High School in Spartanburg County. “That gave me a whole group of new and different experiences. They really put in the time for me.”

Chris and Kristie Henderson, a husband and wife, were Billings’ volunteer mentors.

“I got so much from the program,” Billings says. “We met at the library. We had summer camp programs. We talked about different issues as far as social issues and financial issues about college — how to balance money and work, things like that. It all was really helpful.”

Over the past four years, Wofford has committed more than $1 million in scholarships for first-generation students, guaranteeing 20 such students scholarships valued at $25,000 each year for each entering class.

Nearly 15 percent of Wofford’s students are the first in their families to attend college, President Nayef Samhat says. “The addition of these scholarship dollars for new Citizen Scholars illustrates Wofford’s continued commitment to providing transformative educational experiences that are both accessible and affordable. First-generation college students change their families, and they make their communities better places in which to live and raise families.”

Brand Stille ’86, vice president for enrollment at Wofford, stresses that the goals of the Citizen Scholars program and Wofford run parallel.

“Among Wofford’s goals is to enroll more first-generation students — those who are the first in their families to attend college — and that approach aligns perfectly with the Citizen Scholars program,” he says.

Ashley Cox ’19 was accepted for Wofford admission after being involved in Citizen Scholars starting at the end of her fifth-grade year.

“The former director of the program really pushed me to go to Wofford because she knew that I could accomplish anything I put hard work into,” Cox says. “When I received my acceptance letter, I was so overjoyed that I called my mentor, Monte Remaley, and the director, Jocelle Allen, to tell them.

“The moment was so memorable because I did not think I would have the financial capabilities to even attend Wofford. To at least have the acceptance letter, it allowed the ball to be in my court, and I ran with it.”

Cox has worked with high school students in support of Citizen Scholars, stressing the importance of first impressions and preparation for college studies.

Bradleigh Mills ’22 says participation in Citizen Scholars influenced both her college choice and her approach to her high school years.

“I participated in enrichment activities and seminars that prepared me for professional and academic settings,” she says. “The life lessons I learned are ones that I continue to cherish. The opportunities that I have received just from having a connection to the program are exceptional.”