Andrews, Watson elected to Board of Trustees 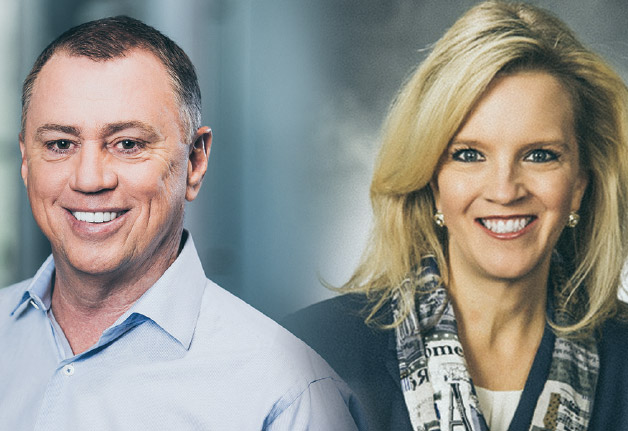 Two alumni have been elected to the Wofford College Board of Trustees, and six individuals were re-elected to new four-year terms as trustees.

Elected on June 6, 2018, at the Annual Conference of the United Methodist Church of South Carolina, held in Greenville, S.C., were Ronald A. Andrews Jr., class of 1981, a biotech/medical industry entrepreneur, and Erin M. Watson, class of 1991, a financial services executive.

The two replace Edward B. Wile, class of 1973, and Douglas H. Joyce, class of 1979, whose terms have expired after 12 years of service. Andrews and Watson were elected to serve four-year terms.

Andrews, founder and senior partner of the Bethesda Group, has nearly 30 years of experience in the clinical and molecular diagnostics industry. He was president of the Genetic Science Division of Thermo Fisher Scientific until December 2014, overseeing the integration of Life Technologies Corp.’s genetic platforms, including Life’s chip-based Next Generation Sequencing Technology, Ion Torrent. His passion for seeing the transformation of cancer to a chronic disease was the primary driver of the investment to create one of the industry’s most robust bio-informatic engines in oncology, the Oncomine Cancer Knowledgebase. On that foundation, informatics tools and Next Generation Sequencing panels were developed to provide insight to the primary genetic drivers of a tumor and linking them to live-saving clinical trials for patients globally. Prior to that, Andrews was chief executive officer of Clarient Inc., a pioneer in molecular pathology; the public company sold to General Electric Healthcare in 2010 for the highest multiple in the history of the lab services industry. From 2000 to 2004, he held various senior executive roles at Roche Molecular Diagnostics in Pleasanton, Calif., and at Roche Diagnostics Corp. in Indianapolis, Ind. Andrews is known for his passion for the need to democratize academic oncology information into community-based environments to better manage complex diseases such as cancer. He speaks regularly to industry groups and has extensive experience on Capitol Hill. Andrews also sits on the boards of directors of several companies, including the American Society of Clinical Oncology’s CancerLinq program. He and his wife, Toni, live in southern California.

Watson, head of strategy for SunTrust Robinson Humphrey, has 25 years of financial services experience, primarily at SunTrust as well as at Bank of America and its predecessors. In her role at SunTrust, she leads strategic planning and enablement for the firm’s Corporate and Investment Banking division and has direct oversight of the division’s business management function as well as its intern, analyst and associate programs. Previously, she led business management for corporate banking at the firm, where she played a key role in the national expansion of that line of business. A Phi Beta Kappa graduate of Wofford, she established an endowed scholarship in memory of her late father and currently is on both the Alumni Association Board and the college’s Investment Advisory Committee. Watson holds an IMBA in international strategy, management and marketing from Darla Moore School of Business at the University of South Carolina. She also serves on the National Advisory Board of Youth About Business and is passionate about helping advance diversity and inclusion in business, particularly in the financial services sector. Watson and her husband, Tom, are active professionals and avid travelers residing in the greater Atlanta, Ga., area.