Ole Berg ’22 competes in a race in June 2020 in Rudskogen, Norway. Berg and his father will compete at the same track beginning Friday. (Motorphoto by Jorn)
2021-06-10 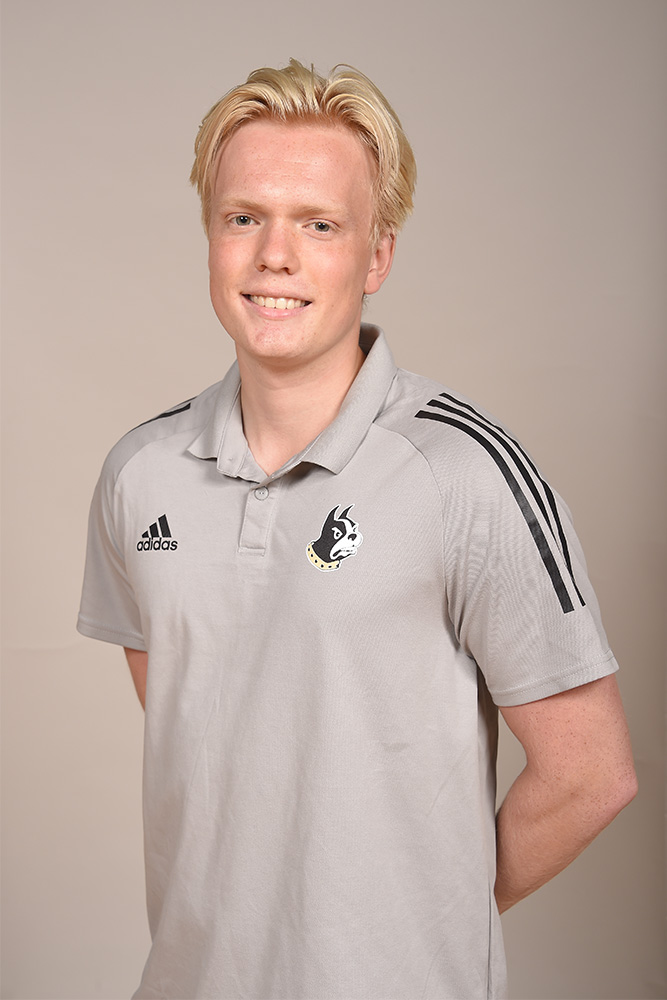 Ole Berg ’22 grew up watching his father, Paal, race on the Norwegian Grand Touring circuit. When he was old enough, Berg got behind the wheel of his own car to follow in his father’s footsteps.

This coming weekend in Rudskogen, Norway, they’ll race at the same event for the first time, although in different classes.

“I so appreciate him sharing this great sport with me,” says Berg, a finance and economics double major from Oslo and a back on Wofford’s soccer team. “It’s really cool.”

Berg raced go-carts while growing up. He made the jump to the Norwegian GT4 class in 2019, driving a Honda Civic. He moved up to GT3 and a Porsche in 2020.

“GT3 is by far the most competitive class,” Berg says. “The cars are much faster, about 360 horsepower.”

Berg spends his weekdays working remotely on his internship as an analyst with Leedon Park Capital, a private equity firm in Charlotte, North Carolina. Then it’s off to the gym or a racecar simulator for a workout.

The races are a weekend event. On Fridays, drivers get a feel for the course and the teams try to get the right setup for the car. Saturdays begin with a warmup and qualifying, followed by the first race. Two more races on Sundays complete the weekend.

Races are 10 to 15 laps around the circuit, with numerous turns.

“There are a lot of challenges,” Berg says. “It’s not for everyone. The adrenaline rush you get is indescribable. You have to be extremely focused because one mistake could cost you. But being behind the wheel with that much horsepower and all the turns, I just love it. It’s one of the best feelings in the world.”

During his first race weekend in 2019, Berg lost control of his car and went off the track. Both he and the car avoided any damage.

“My mom was nervous, but she just said I need to be very careful,” Berg says. “My dad understands. He knows the feeling, but he’s more nervous when I drive.”

Berg has yet to take a checkered flag in his brief career. But he thinks this could be the year.

“The competition is the highest level in Norway,” Berg says. “I’m competing against younger drivers and drivers with a great deal of experience. I’ve got to get used to the car, and once I do I think the chance to get to the podium this year is pretty big.”

Berg’s ultimate goal is to win a season championship. Because he has to return to Wofford before the season is complete, that will have to come down the road.

“That’s a sacrifice I’m making to get my Wofford degree,” Berg says. “After my adventure in America is over, I’ll come back and compete for a championship.”