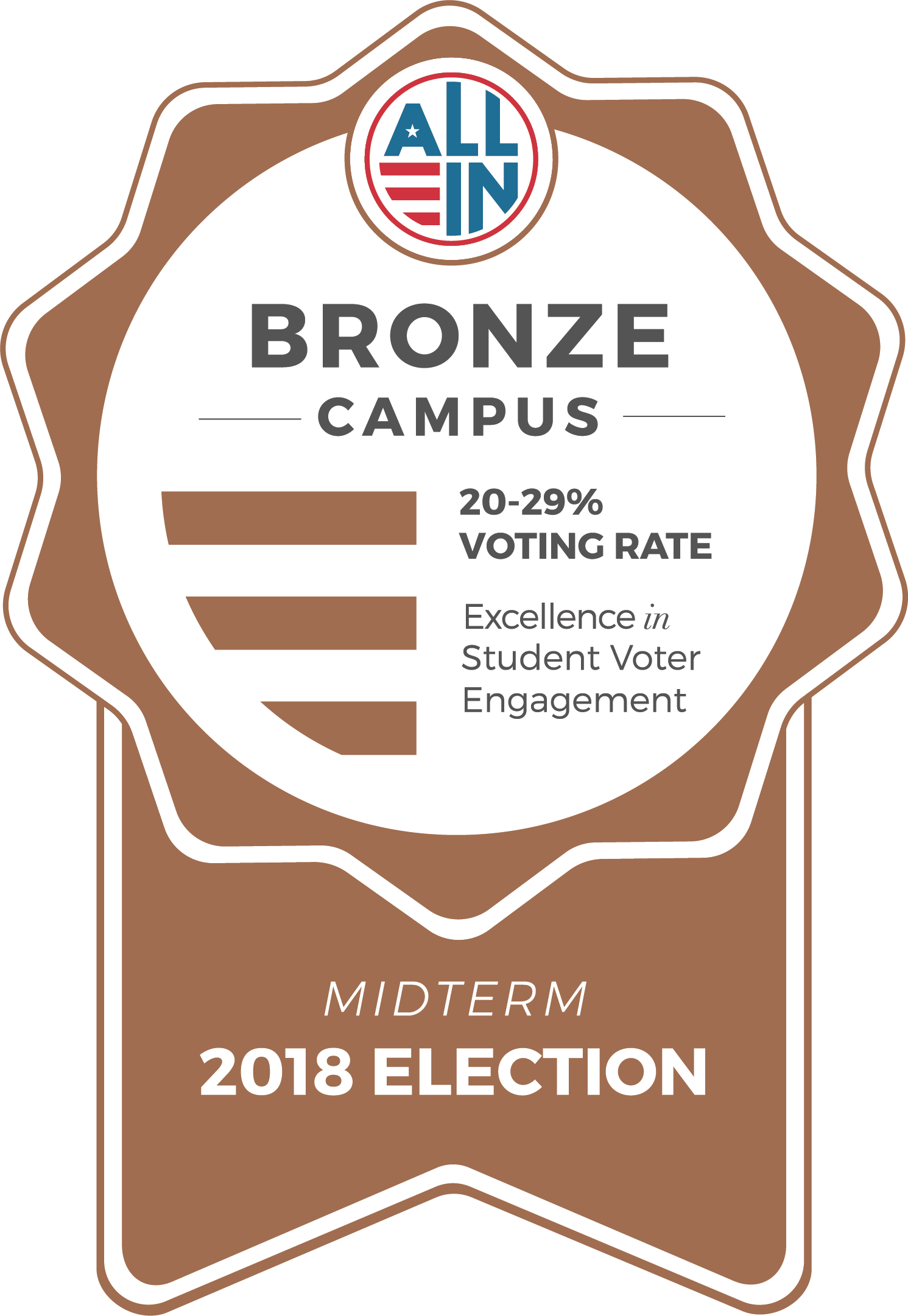 In 2016, Wofford participated in the inaugural “SoCon Votes” challenge, receiving recognition for a thorough action plan and high marks for voting improvements. In 2017, the college was recognized as a Voter Friendly Campus and in 2019 was awarded a Bronze Seal from the ALL IN Democracy Challenge.

Register to vote in less than 5 minutes or request an absentee ballot at TurboVote.org.

Here are other resources about voting:

As an institution, Wofford College prides itself on cultivating students prepared for “lives of fulfillment, effective citizenship and service to others” who “will be ever sensitive to the duties and responsibilities of good citizenship and render effective leadership and generous service to the communities in which they live” (adapted from the Goals and Purpose of the College). The Wofford Votes program represents a deep and abiding commitment to the principles of liberal education: good citizenship and stewardship of our communities and nation.