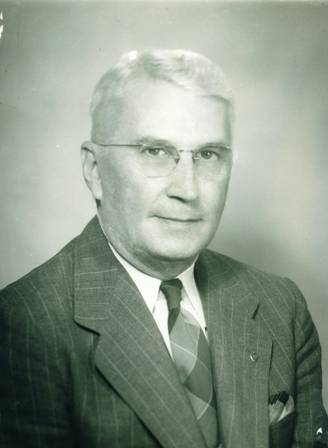 Born in Greenwood, South Carolina on February 22, 1884, Dr. Walter Kirkland Greene served as Wofford's fifth president. A 1903 Wofford graduate, Greene is the only alumnus of the college to serve as its president

As a student, Greene wrote articles for the Journal, the College's literary magazine, but he is perhaps best remembered for being a left-handed second baseman on a state-championship winning baseball team. A strong orator, Greene also had a .300 batting average in his last three years on the team. At his commencement in 1903, the class prophet predicted that he would devote his life to education. After graduation from Wofford, Greene studied for a master's degree at Vanderbilt, where he graduated in 1905. Greene taught in preparatory schools for most of the next fifteen years before going to Harvard in 1920.

Greene took an M.A. in English at Harvard in 1921, and a Ph.D. in English there in 1923. He served the bulk of his career at Duke University, where he was a professor of English and dean of undergraduate instruction from 1928 to 1942. Before that, Greene had been head of the English department and dean of Wesleyan College in Macon, Georgia.

When he took office in the fall of 1942, Greene succeeded Dr. Henry Nelson Snyder, who had held the presidency for forty years, the longest tenure in Wofford's history. Greene graduated from Wofford in Snyder's first year as president.

As president, Greene had to guide the College through World War II, when many students were away in military service and the Army used the campus as a training facility for fifteen months. He also had to prepare the College for the rapid growth of the student body after the war. Barely a week after the Japanese surrender, the college announced a major postwar plan, "The Wofford of To-Morrow" that called for significant improvements to the college's facilities.

Under the plan, the college proposed to build a new academic building, a new science building, a student activities building, an honor society and fraternity hall, a chapel, and two new residence halls. The plan also called for an expanded library, a swimming pool in Andrews Field House, renovation of Main Building, and improvements to the grounds. The Wofford of To-Morrow called for increasing the endowment by $300,000 and replacing the $85,000 endowment that had been lost at the end of the Civil War. The total campaign goal was $1.5 million, and as of September 1945, the college had received over a quarter of a million dollars in pledges. However, a series of controversial events involving Methodist higher education in South Carolina would take the college's focus away from The Wofford of To-Morrow.

Throughout 1947, South Carolina Methodists debated a series of proposals to merge Wofford, Columbia College, and Lander College into one college. An initial plan, proposed in the spring of that year, called for a complete merger of the colleges on a new campus in Spartanburg County. That plan was rejected in favor of another study, but at a later meeting and after a full day of legislative wrangling, church leaders voted to place Wofford and Columbia under a single administration and board of trustees and to offer control of Lander College to Greenwood County. The plan took effect in November 1948. President Greene became president of both Wofford and Columbia, with a dean of administration on each campus to direct internal affairs. Although supporters of full merger may have considered this a step toward that goal, the plan proved unworkable. At its 1950 session, the Methodist Annual Conference returned each campus to its own president and board of trustees. The state's Methodists promised to take a more active role in fund-raising for both colleges. Tired by the campaign and controversy within the church, and stretched by the strain of presiding over two colleges separated by 100 miles, President Greene announced his retirement in 1951.

Greene was the first president to live in the current president's home. Each of his four predecessors lived in other homes on campus. Dr. Snyder lived in the house that bears his name from his arrival on campus in 1890 until his death in 1949. President James H. Carlisle lived in Carlisle House from 1854 to 1909, and the first two presidents, William M. Wightman and Albert M. Shipp, lived in the original president's home, which no longer stands. The house where presidents since Greene live was built in 1911 by chemistry professor Coleman B. Waller, who lived there until 1936.

After his retirement, Greene moved to Ashland, Virginia to be near his daughter. He died there on January 9, 1961.