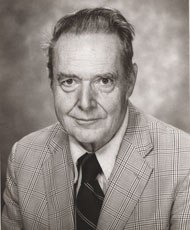 Dr. Jones received his A.B. and M.A from Wofford College in 1938 and 1940, respectively. Upon completion he taught at school in Laurens County until the advent of World War II, in which he served as an officer in the U.S. Navy. During the war, he spent time in the Pacific Theatre as a Captain of various combat vessels. Dr. Jones joined the faculty in 1946 and retired in 1987. Professor Jones completed his Ph.D. in history from the University of North Carolina—Chapel Hill in 1952 (where he was elected to Phi Beta Kappa). During his tenure Dr. Jones was named secretary of the Wofford faculty in 1958, chairman of the history department in 1962 and the first holder of the William R. Kenan, Jr. professorship in 1972. All of these positions he held until his retirement from the college in 1987. Dr. Jones was a prolific writer of books on South Carolina history, some of his publications include: South Carolina: A Synoptic History for Laymen, The South Carolina Civil War of 1775, and South Carolina: One of the Fifty States. Outside of his Wofford career, he worked to promote historic preservation and awareness in South Carolina, served on the state board of review for the National Register of Historic Places, was president of the S.C. Historical Association. The awards Dr. Jones received in his lifetime were prestigious and numerous, a few of these include: The Order of the Palmetto, the creation of the Lewis P. Jones Endowed Scholarship fund at Wofford, and in 1993 he received an honorary doctorate from Wofford. Dr. Jones died in 2007. 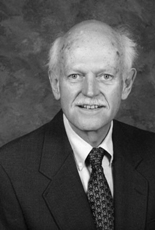 Professor Keenan earned his B. A. from Michigan State University and his M. A. from the University of Michigan. A certified public accountant, he came to Wofford n 1981 and retired in 2009.

Dr. Keller earned his S. B. degree at the Massachusetts Institute of Technology, his M. Div. from the Pittsburgh Theological Seminary, and his M.Phil and Ph.D. degrees from Yale University. He came to Wofford in 1972, serving as department chair from the time he arrived until 2003. He retired in 2011. 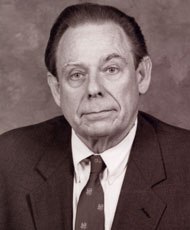 Dr. Killian received his B.A. from Wake Forest, studied theology at Southern Baptist Theological Seminary and received a Ph.D. from the University of North Carolina—Chapel Hill. Professor Killian joined the faculty in 1967 and retired in 2000. During his tenure he served as advisor to the College Debate team. 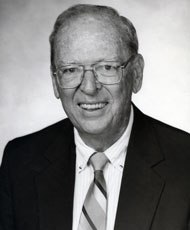 Dr. Leonard received an M.A. and Ph.D. from Vanderbilt University. Dr. Leonard joined the faculty in 1949 and served until his retirement in 1993. During his tenure Dr. Leonard served as chairman of the Biology department, was the second holder of the William R. Kenan, Jr. professorship, and had a scholarship named in his honor by former students and friends. 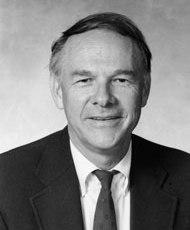 Dr. Joab Mauldin Lesesne, Jr.
President of the College and Professor of History

Dr. Lesesne received a B.A. from Erskine College, and an M.A. and Ph.D. from the University of South Carolina. Dr. Lesesne joined the faculty in 1964 as an assistant professor of history. In, 1967 he was named the first coordinator of the interim and assistant dean of the college. In 1969 he was named director of development for President Hardin’s administration. In 1970 he became dean of the college and in 1972 he succeeded President Hardin as President of Wofford College. Since his retirement, Lesesne has taught a course each fall in the history department, usually S.C. history or the American Revolution in the South and has volunteered as an assistant football coach. Currently he serves as interim president of the Arts Partnership of Greater Spartanburg. View Lesesne's complete biography. 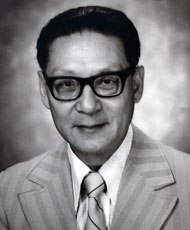 Dr. Ling received a B.A. from Cheng Chi University in China, and an M.A. and Ph.D. from the University of Tennessee at Knoxville. Ling, a native of Changsin, China, had a successful diplomatic career with the Republic of China (then mainland China and after 1949 Taiwan) before coming to Wofford. From 1942 to 1951 he was a research assistant for the Ministry of Foreign Affairs, from 1947 to 1951he was consul of the Chinese Consulate of Los Angeles, from 1951-56 he was Deputy Director of Personnel Department, with the Ministry of Foreign Affairs, from 1957-1960 he was consul general for China in Chicago, and from 1960-1962 he served as the Charge d’Affairs at the Taiwanese Legation in Honduras. Dr. Ling joined the faculty in 1966 and served the college until his retirement in 1986. During his tenure Dr. Ling offered an array of courses ranging from governments of Asia and governments of Latin America to ancient and medieval political though. Dr. Ling died in 1989. 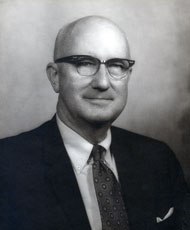 Dr. Loftin received his B.S. from the Virginia Military Academy, and his M.S. and Ph.D. from the University of North Carolina—Chapel Hill. He joined the faculty in 1941 and retired in 1971. Dr. Loftin’s service to the college was interrupted, however, with the advent of WWII, in which he served as an officer in the chemical warfare service at the Edgewood Arsenal. During his tenure, Dr. Lofton was a member of the American Association for the Advancement of Science, Sigma Psi Xi, Alpha Chi Sigma, the American Chemical Society and served as chairman of the Western Carolinas Section of the A.C.S. in 1957. Also during his tenure he was a member of the S.C. Academy of Science, served as its president from 1961-1962, and organized the Piedmont South Carolina Science Fair. Dr. Loftin died in 1980. 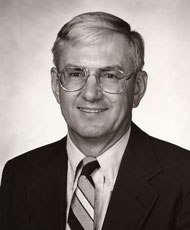 Professor Mahaffey received a B.A. from Wofford College in 1961 and an M.A. T. from Converse College. He joined the faculty in 1989 and served until his retirement in 1999. During his tenure he served as the women’s golf coach. 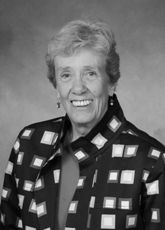 Dr. Mandlove earned her B. A. at Hanover College, her M.A. at Emory University, and her Ph.D. at the University of New Mexico. She came to Wofford in 1994, serving until her retirement in 2009. She was a recipient of the Philip Covington Award for Excellence in Teaching in the Humanities and Social Sciences. 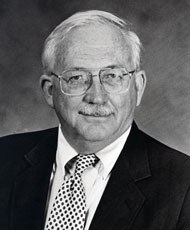 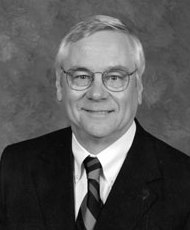 Dr. Dan Baker Maultsby
Dean of the College and Professor of Sociology

Dr. Maultsby received his A.B from Wofford College in 1961 and a Ph.D. from the University of Tennessee. Dr. Maultsby joined the faculty in 1969 and served as a member of the sociology faculty, as director of financial aid, and as dean of the college. Before joining the faculty, Dr. Maultsby served as an officer in the U.S. Army and was awarded a Joint Services Commendation Medal. During his tenure he had a lengthy career in the administration of the college. From 1978 to 1980 he served as Director of Financial aid and from 1980 until 2007 he served as Vice-President for Academic Affairs and Dean of the College. During his term as Dean, Dr. Maultsby helped to build a successful financial aid program, served as an advisor to pre-law students, arranged interims and internships for pre-law students, and served on numerous community boards related to health care delivery.