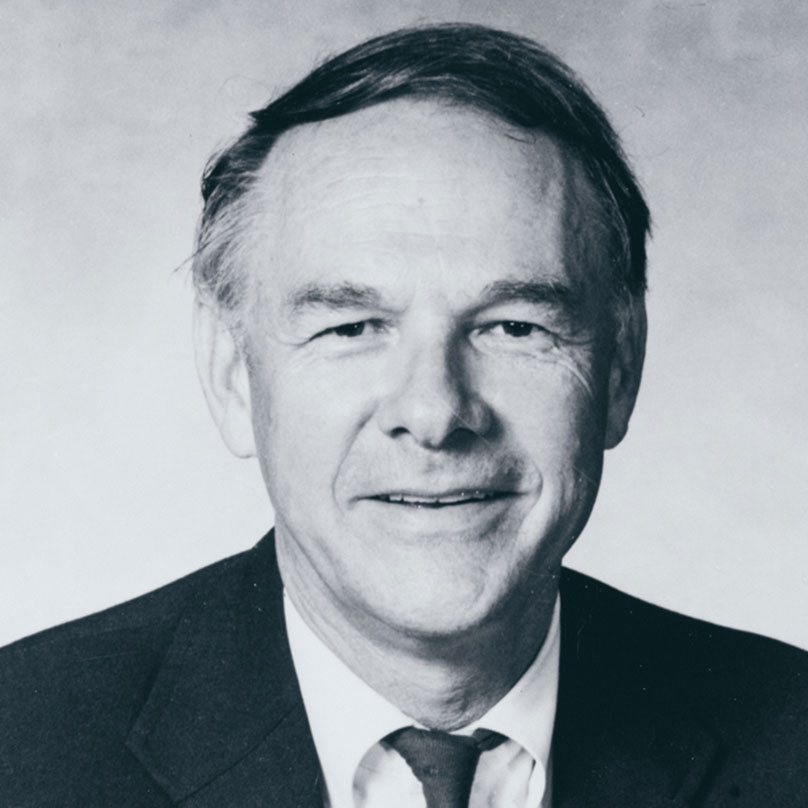 Born in Greenville, South Carolina on June 21, 1937, Joab Mauldin Lesesne Jr. grew up around history and education. His father earned a doctorate in history and was president of Erskine College. As a student at Erskine, Joe Lesesne met Ruth Osborne, a fellow history major. They were married in 1958. After graduation from Erskine, Lesesne did graduate work at the University of South Carolina, earning his MA in history in 1961 and his doctorate in 1967. After a brief period on the staff of what is now Coastal Carolina University, Lesesne took a position at Wofford in 1964 as assistant professor of history.

At Wofford, Lesesne rose quickly through the ranks. In 1967, he was named the first coordinator of the Interim and assistant dean of the college. Two years later, he was named director of development in Paul Hardin’s administration. He became dean of the college in January 1970, succeeding Philip Covington. At age 32, he was the youngest academic dean in the college’s history. When Paul Hardin announced his resignation on April 10, 1972 to become president of Southern Methodist University, the trustees tapped Lesesne to become the college’s ninth president. He assumed office on June 30, 1972.

One challenge Lesesne faced in his first five years as president was coeducation. The trustees had opted for partial coeducation in 1971 when they admitted women as day students. Changes in federal law in the early 1970s, however, meant that partial coeducation could not continue. If the college chose to admit women, they had to be treated equally, which meant the college had to offer them student housing. In October 1975, after a period of study, the trustees voted to approve full residential coeducation effective in the fall of 1976. The decision met with some opposition from students and alumni, but opposition dissipated fairly quickly. Implementation of residential coeducation meant that in less than fifteen years, Wofford had moved from a segregated, single-gender institution with paternalistic governance of student life to a coeducational, integrated college with a laissez-faire attitude toward student affairs. Some alumni and other constituents of the college found these changes unsettling, and the Lesesne administration worked during the 1970s to ease these tensions.

The Lesesne era saw the greatest campus building boom since the original campus was built. A new campus life center, with a large arena, a theater, bookstore, multipurpose lecture-cinema room, and canteen opened in 1981. The Neofytos D. Papadopoulos Building, housing the alumni and development offices and a large reception room, opened in 1986. New residence halls opened in 1991 and 1999. During Lesesne’s last decade in office, construction projects were almost constantly underway.

Perhaps the most important moment in Joe Lesesne’s presidency came in the form of a rejection from the F. W. Olin Foundation. In 1985, the college had sought a grant to build a new academic building on the campus. In turning down the application, the Olin Foundation said that it found the college’s vision “stunted.” The trustees and administration took the rejection as a challenge, beginning a long process of strategic planning that resulted in the 1987 Masterplan. The college’s leadership became seriously engaged in setting and achieving goals for the college. In 1989, the Olin Foundation awarded the college a $5.5 million grant for a technology building, a grant that recognized the steps the college had taken since 1985 to plan for its future.

Joe Lesesne also oversaw significant changes in athletics. When he took office, the college’s few athletics teams competed in the NAIA. With coeducation, the college began to field teams in women’s basketball and volleyball in the 1980s. In 1988, the college moved into NCAA Division II, and in 1995, moved into Division I, competing in I-AA in football. The college struggled throughout the 1980s and 1990s to find a conference affiliation. The college never found a conference that it believed a good fit for the mix of academics and athletics at Wofford, and was never successful in getting a group of like-minded colleges together to form a new conference. In 1997, the college accepted an invitation to join the Southern Conference. Along with these changes in athletics affiliations came the need to improve the college’s athletics facilities. The new Richardson Physical Activities Building, Gibbs Stadium for football, a renovated Snyder Field for soccer, and the Reeves Tennis Center, all constructed in the latter years of the Lesesne administration, enhanced the quality of athletics on campus. During his tenure, the college became the home of the NFL Carolina Panthers training camp.

Lesesne’s relationship with the faculty was marked by trust and cordiality. His early years on campus saw a National Endowment for the Humanities grant, which the faculty used to devise a new humanities curriculum. Each first-year student took a values and issues course focused on writing. Majors in humanities and intercultural studies were developed. The Interim continued to evolve. The number of faculty grew, as did the diversity of course offerings and the number of majors.

Lesesne became a respected leader in state and national higher education circles. In addition to important leadership in the South Carolina Tuition Grants Commission, Lesesne served on the state Commission on Higher Education, the South Carolina Research Authority, and as a member of the United Methodist University Senate. He was the chairman of the board of directors of the National Association of Independent Colleges and Universities and a member of the board of directors of the American Council on Education. In the state, he served on the state archives and history commission. Locally, he was a director of the Spartanburg County Foundation and of the Spartanburg Area Chamber of Commerce.

Since retiring as president in July 2000, Lesesne has taught a course each fall in the history department, usually on South Carolina history or the American Revolution in the South, and served as a volunteer assistant football coach. His successor, President Benjamin Bernard Dunlap, invited him to co-teach the presidential seminar. From 1999 to 2002, Lesesne served as the chairman of the South Carolina Department of Natural Resources board, and in 2006, the Arts Partnership of Greater Spartanburg called on Lesesne to serve as their interim president.