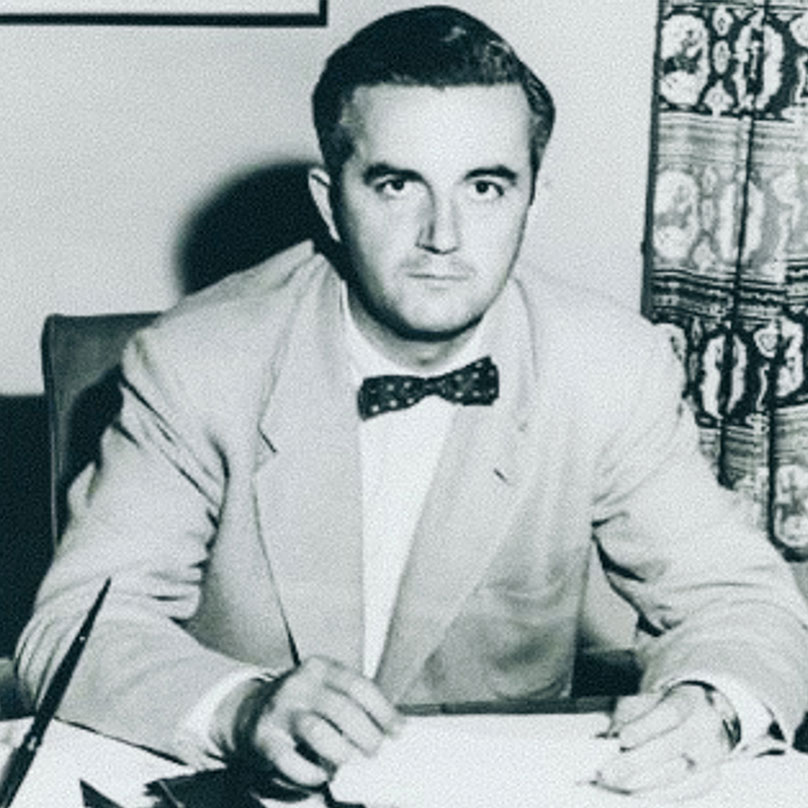 The youngest man to serve as president of Wofford College, Pendleton Gaines was also perhaps the best-prepared to become a college president. His tenure, though not marked by any particular controversy, was brief, and Gaines seemed to have trouble relating to all of the college’s constituencies.

Born in Starkville, Mississippi in 1918, Francis Pendleton Gaines Jr. grew up on college campuses. His father was a member of the Mississippi A & M College faculty, and his maternal grandfather was the dean of the school of agriculture. The family moved several times, as Gaines’ father served as a professor of English at Furman University and as a faculty member at Wake Forest College. Later, the elder Gaines served as president of Wake Forest, and then, as president of Washington and Lee University. The young Gaines, then, grew up in the home once occupied by Robert E. Lee.

After three years at Woodberry Forest School in Virginia, Pendleton Gaines enrolled at Washington and Lee. After that year, he wound up at the University of Arizona, where he graduated in 1942. Inducted into the Army in September 1942 as a second lieutenant, Gaines served for 4 years, serving stateside in intelligence. After being released, he turned down opportunities for government service and declined a Foreign Service appointment, instead entering graduate school in history at the University of Virginia. He completed his PhD in 1950. While enrolled at Virginia, Gaines taught at Birmingham-Southern and at the University of Houston. In late 1950, he became dean of students at Southern Methodist University. It was from this position that he moved when Wofford’s trustees elected him as the college’s fifth president.

Arriving on the sleepy college campus in the summer of 1952, Gaines threw himself into learning about his new home. In his memoirs, Gaines expressed admiration for the college, its academic standing, and its traditions. He found the college to be in reasonably stable financial shape. He spoke to every imaginable type of civic group. However, he found the faculty to be overly conservative and resistant to change, and he found it difficult to understand or relate to the alumni and Methodist communities. Still, the state’s Methodists thought enough of Gaines to send him as a delegate to the 1956 General Conference. Gaines did, however, work well with the state’s business community. He maintained good relations with several of the trustee-businessmen, and perhaps his greatest achievement as president was cultivating Roger Milliken’s interest in the college.

The college celebrated its centennial with appropriate festivities during Gaines’s second year as president. Gaines also launched a centennial development campaign while in office, and Mr. Milliken, who became a trustee in 1955, challenged the college’s alumni to increase their annual giving. The college’s fraternity row and one new residence hall were planned and constructed during the Gaines administration.

Gaines left the college somewhat abruptly in the fall of 1957. While the young president was popular with students, was an effective public speaker, and was committed to liberal arts education, he never seemed to fit in at Wofford. He once admitted that though he admired many faculty members, he “couldn’t break down the president-professor barrier.” Gaines seemed especially sensitive to criticism, deserved and undeserved, and he simply disliked too many of the college’s church supporters.

After leaving the college, Gaines went briefly into banking, and continued his work as a member of the advisory committee to the Senate Post Office and Civil Service Committee, a job awarded him by Senator Olin Johnston. On a trip to Spain in 1959, Gaines suffered from a parasitic infection after eating undercooked pork. He had moved to Arizona to accept an administrative position at the University of Arizona before the extent of his illness was know, and eventually, he was partially paralyzed by the attack. Instead of succeeding to the presidency of the university, as he ultimately expected, he became a senior administrative dean, serving as an in-house counsel to the administration. Gaines remained in touch with some friends in Spartanburg, but lived in Arizona for the rest of his life. He died in 1987.