Despite his great legacy, Benjamin Wofford remains something of a mystery. 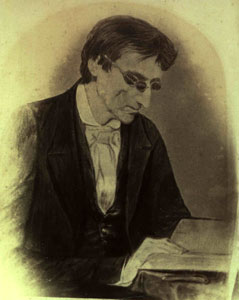 For a man who left an estate of over $150,000 and has a college named for him, Benjamin Wofford did not leave much of a paper trail. His basic biography is easy enough to recount, but his personality is more challenging. The sources are limited; most of what we know comes from a series of founder’s day talks, newspaper articles, and biographical sketches written after his death.

Joseph Wofford and his four brothers, William, James, John, and Benjamin, migrated from the Rock Creek area of Maryland to Spartanburg in the 1770s. They settled in different parts of the county, from Glendale, where William Wofford built his iron works, to the area around Woodruff, to the Enoree River, to the Tyger River, where Joseph Wofford made his home. In the same area Hugh Llewellyn, a Welsh migrant who had come to the area from Pennsylvania, settled with a daughter, Martha, who soon married Joseph Wofford. The Woffords were eventually swept up in the American Revolutionary War, and they did not all choose the same side. While William and Joseph were both Patriot officers, another of their brothers, the somewhat wealthier Benjamin, was a Loyalist.

Joseph and Martha Wofford had six children, one of whom, born the night of October 19, 1780, was Benjamin Wofford. Named for his Loyalist uncle, Benjamin was born the same night that, according to family tradition, Joseph Wofford was captured by Loyalist militia and nearly murdered. As the story goes, only the entreaties of the expectant mother saved his life. Whether true or not, the truth behind the story is that the Carolina backcountry had not become a stable society when Benjamin Wofford was born, and it continued to be a rough place to live.

Martha Llewellyn was a religious woman, but her husband was not. After years of attending worship services by herself, or with one of her sons in tow, Joseph went along, and eventually was converted. So was the young Benjamin, who, after hearing the preaching of Rev. George Dougherty and Rev. Lewis Myers, soon felt a call to preach. Traveling to the west, to central Tennessee, Benjamin Wofford was licensed by the Rev. William McKendree, a future Methodist bishop, and he preached as a local pastor for a year under the supervision of another minister in western Kentucky. In 1806, he applied for admission on trial as a member of the Western Annual Conference, and had the recommendation of the circuit he was serving. The conference moved to admit him on trial with the condition he take steps to free the two slaves he owned in South Carolina. He continued to work in 1806 and into early 1807, but apparently left before the 1807 conference and did not pursue ordination there.

He had definitely returned to South Carolina by July 1807, because on July 30, 1807, he married Anna Todd. His new bride was the only child of Thomas and Ann Todd, who were among the wealthiest landowners in southern Spartanburg County. Ben’s desire to marry was probably chiefly responsible for his decision to leave the active ministry, for his ownership of slaves would not have prevented him from serving in South Carolina. With his new wife, Ben settled into a house built for them by Anna’s father. They lived there for two years, until Thomas Todd died in 1809, when they moved into the larger house with Ann Todd. 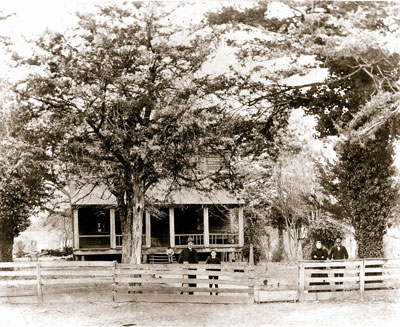 During the years they spent on the Todd family farm, Ben was no doubt busy managing his mother-in-law’s property. However, he was able to renew his service in the Methodist ministry. In November 1814, he was ordained deacon by Bishop Francis Asbury at Mount Bethel Academy in Newberry and continued his service as a local pastor. In 1816, he was admitted to the South Carolina Annual Conference on trial and appointed as the junior preacher on the Enoree Circuit, where he served in 1817. In that year, he and Anna gave an acre and a half of land to build a Methodist meeting house near their home, in which Ben worshiped and preached for many years. He was appointed to serve the Reedy River Circuit in southern Greenville County for 1818, and at the 1818 conference, was ordained an elder in the Methodist Church. He returned to Reedy River for 1819. This would be his last appointment, though he continued to serve as a local pastor for the rest of his life.

Ann Todd’s death in 1818 made Anna Todd Wofford a wealthy woman, and that wealth is the seed from which Wofford College later grew, but it also quite likely was the reason for Ben’s second decision to leave the active ministry. At the 1820 conference, he located, or ceased taking annual appointments from the bishop, though he retained his ordination and his right to preach. The work of managing the Todd family farm, and the possibility that an appointment would take him far away from Spartanburg, made his retirement from the active ministry necessary. Anna and Benjamin, who had no children, continued to live on the Todd family farm for some seventeen more years. One of Ben’s nieces came to live with them to help Anna with her work.

From the ministry, Ben turned to making money. As a large landowner, he could influence the type of development that occurred in his part of the county. As early as 1816, he sold some land to Phillip Weaver, the man who built the first small textile factory in Spartanburg. Later, he sold sixty acres along the Tyger River to the South Carolina Manufactory for another early textile factory. These did not survive, though others did. Early on, Benjamin Wofford moved into investing, lending money to help people start businesses. He invested in several of the state banks. In a place like Spartanburg, with no banks in the village, men with funds like Ben Wofford played an important role in the growth of the local economy. It appears that he left the more speculative type of investments to others, concentrating on making money through interest and dividends.

His marriage to Anna Todd Wofford remained childless, and on October 2, 1835, at the age of 51, Anna Todd Wofford died. Within a year, on September 6, 1836, Benjamin married again, this time to Maria Scott Barron, who lived at the time in East Tennessee. Maria Barron Wofford, at age 33, was 23 years younger than her husband. Apparently a woman of some wealth herself, Maria brought additional assets to the marriage. She did not want to live on the Todd family farm, and Benjamin himself seems to have grown weary of rural life. He had been spending winters in Columbia for several years. The new couple moved into Spartanburg village, living near the courthouse square in a large house. 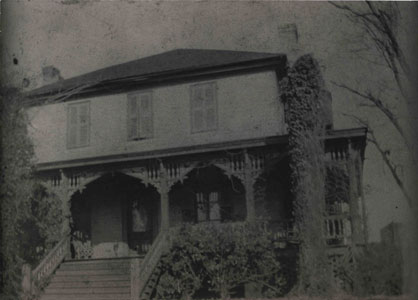 We presume that Benjamin Wofford continued, after his marriage to Maria Wofford and his move into the village, continued his life about as he had lived it before. He was involved in the founding of Central Methodist Church in Spartanburg in 1837-38, serving as a trustee. In an arrangement with other leading members of the church, he purchased a piece of land on the northeast corner of today’s Daniel Morgan and Church streets for use as the church’s parsonage. His investments would have helped to build the growing village, which had been chartered in 1831. His wealth and standing in the community would have brought him into contact with others in the town who were advocating for economic development.

Supporting Methodist higher education had been in Ben Wofford’s mind for some time, if we can infer a few things. Along with other South Carolina Methodists, he had contributed to Randolph-Macon College in Virginia in the 1830s. In 1844, he attempted to purchase land near Limestone Springs, in present day Cherokee County, apparently intending to give it to the Annual Conference to found a college. The deal fell through over a small amount of money, and the land was later purchased by a Baptist clergyman for $10,000. It eventually became Limestone College. Ben apparently felt rebuffed, later saying that he thought the clergy in the conference did not want to start a church-related college in the state.

In the last years of his life, Benjamin Wofford’s thoughts turned toward his legacy. He told one nephew that “It is growing on my hands. Here is nearly $150,000. Every year it is augmented. I must leave it behind me, so [as] to do some good. What shall I do with it?” Some sources indicate that he was planning to disperse his assets widely among a number of church-related charities. But, a visit from a good friend, the Rev. Hugh Andrew Crawford Walker, probably in the summer of 1849, helped settle Ben’s thinking. Walker advised him that spreading his resources out widely would have comparatively little effect. The gifts, Walker believed, would not last. “Why not found a college- spreading widely- increasing in power and goodness through the ages as they come,” the minister asked. After persuading Benjamin Wofford that the conference did indeed want to start a college for Methodists in the state, Walker took his leave, with the promise to write down a summary of their conversation and send it to Wofford. A few months later, on February 1, 1850, Benjamin Wofford signed a will that left $100,000 to found a college.

Ten months later, he was dead. Word quickly spread of his large gift of funds to found a college in Spartanburg. The size of the gift drew attention well beyond the state. Mrs. Wofford was, the stories go, less than pleased to see so much of his estate pass out of her control. When the college opened, the faculty went to great lengths to honor her as a co-founder. However, her late husband did not leave her penniless. Indications are that she owned land outside of the state, and brought some wealth to the marriage. She inherited money, land, and the household from her husband, items that were rightly hers, but that were also worth at least $17,500. 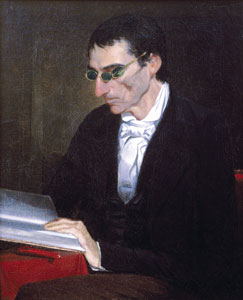 Benjamin Wofford has been the subject of numerous talks and articles over the years. He has been compared with everyone from Benjamin Franklin to Ebenezer Scrooge. His thriftiness has been counted as selfishness, his precision in business affairs has led people to think him a heartless and mean man. Most people comment on his grim appearance, best known from one drawing and one painting. Stories and anecdotes about his dealings with other businessmen in the village are few, but generally similar. He was described as an “earnest but methodical preacher,” which may imply that he was, at the very least, dull.

And some of this may, in fact, be true. Nevertheless, to focus only on these aspects of Benjamin Wofford’s life is unfair. Alumnus and trustee John B. Cleveland recognized this. In 1888, at the laying of the cornerstone of Alumni Hall, Cleveland spoke of Ben’s finer qualities. “Plain, simple, unostentatious, thus he worked from day to day,” Yet, as he grew older, he became more misunderstood. “His thrift was called avarice, his economy, selfishness, his business exactness, meanness. And yet let us suppose he was not all of these. Would we be here today?

Cleveland suggested another way that Benjamin Wofford could have lived. He could have lived well on his small fortune, with a nice carriage, fine food, expensive clothes, and a fancy home. Then, Cleveland suggested, his neighbors would have both admired and envied him, but they surely would not have called him a miser. For Cleveland, the true greatness of Benjamin Wofford is that he did not choose this type of life.