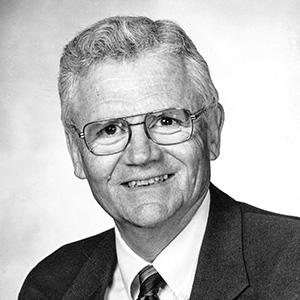 Oct. 7, 2020, Boiling Springs, S.C.
Barrett was a beloved Wofford College professor. He taught religion for 33 years after serving as a United Methodist minister. Barrett took joy in his students and colleagues and was especially proud when his children, Sandy Barrett Moore ’93 and the late Chris Barrett ’97, became Wofford Terriers. His wife, Sally Cross Barrett ’69, is also a Wofford graduate. His blend of humor, humility and scholarship made him a much-loved professor, and he mentored many pre-ministerial students and candidates in ordination. He also authored four books: “Understanding the Christian Faith,” “God Under Our Skin: Christ and Covenant in the Christian Conversation,” and “Funny Things Can Happen on Your Way Through the Bible,” volumes I and II. 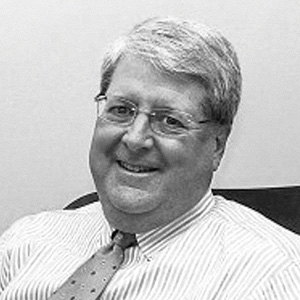 Oct. 28, 2020, Mount Pleasant, S.C.
Hipp was currently serving on the Wofford College Board of Trustees (since 2011). He was a chaplain in the S.C. Army National Guard for 28 years before retiring in 2008 as a lieutenant colonel. During his time in the National Guard, he was the command chaplain for the Task Force 218, Operation Noble Eagle. He was ordained a deacon in 1976 and an elder in 1989. Hipp served churches throughout South Carolina and was named pastor emeritus of Bethel United Methodist Church at his retirement in 2018. He has served as the district superintendent of both the Orangeburg and the Florence districts. Hipp’s daughter, Stephanie Anne Hipp King ’02, is a Wofford graduate. 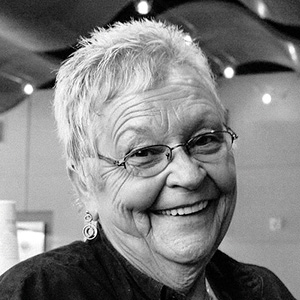 Sept. 19, 2020, Spartanburg, S.C.
Rillman was a student, faculty and staff favorite in the Acorn Café, serving both coffee and kindness. She died at the Regional Hospice Home in Spartanburg. The Old Gold and Black student newspaper featured her several times during her 18-year tenure at the college. In special tribute to Rillman, known affectionately as Ms. Rita, Dr. G.R. Davis, professor of biology, wrote: “She could listen to you and discern whether you 1) needed a shoulder to cry on, 2) a pat on the back or 3) a kick in the butt. … She spurned bruised bananas, but she welcomed bruised people and ministered to each of us, according to our needs, with caffeine and counseling and carbohydrates. She sold us what we wanted and gave us what we needed.” 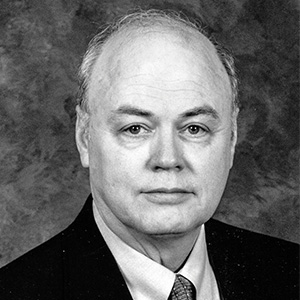 Nov. 7, 2020, Spartanburg, S.C.
Welch was a professor of physics at Wofford at the time of his death. He was famous for his popular robotics Interim course that students considered challenging but fun. One student said, “His lectures as a combination of robotic design, the philosophy of robotics and real life stories about engineering, physics, robotics, etc. After class, he is always happy to talk, course related or not.”

Lt. Col. Thomas McKendre Williams Jr., Aug. 18, 2020, Columbia, S.C. Williams served in the U.S. Air Force as a chaplain for 20 years. He and his family returned to South Carolina after his military service, and he worked as a clinical chaplain with the state Department of Mental Health at Morris Village Alcohol and Drug Addiction Treatment Center. He later became chief of program development and training. He volunteered with the Boy Scouts, Meals on Wheels and a local soup kitchen. He was a member of Trinity United Methodist Church in Blythewood and served in many capacities.

Col. Gregory Troutman, Oct. 24, 2020, Mount Pleasant, S.C. Troutman held an MBA from George Washington University and also attended the Army War College. An infantry officer and master paratrooper, he served in Germany, Lebanon, Korea and Vietnam in 1965 and in 1968 as battalion commander, 1st Air Cavalry. While at the Pentagon, he served on the Joint Chiefs of Staff and was recognized as the “Father of FEMA.” He also served as deputy commander of U.S. Training Mission in Saudi Arabia and as ROTC commander of all Southern colleges and universities. He was awarded the Silver Star as well as numerous other senior medals and combat and service decorations. After a second career as Southeastern district manager in the financial services industry, Troutman retired in Atlanta.

John Paul Poston, Oct. 8, 2020, Marietta, Ga. Poston was a World War II veteran and served in the Philippines and Japan. He received a unit citation for military perfection. He worked for several prominent textile companies, mostly involving the construction of new plants or refurbishing and modernizing older facilities. His last job in textiles was as co-owner of American Mills in Jackson, Tenn. He volunteered with many civic organizations. In retirement, Poston wrote “The Land Between Rivers,” a collection of memoirs about his childhood in Florence County, S.C. Memorials may be made to Wofford College, 429 N. Church St., Spartanburg, S.C. 29303.

Rev. Needham Rodgers Williamson Sr., Aug. 31, 2020, Myrtle Beach, S.C. He served as a minister in the S.C. United Methodist Conference for 41 years and pastored 11 churches. He was instrumental in coining the name “UMVIM,” United Methodist Volunteers in Mission. He served as the leader of the first conference UMVIM overseas construction project, a medical clinic for a Methodist church in Haiti. He enjoyed restoring vintage Ford Mustangs with friends and his sons. His obituary describes his fondest memory as being general manager and tour manager of the Wofford Glee Club and touring as one of “Moyer’s Men.”

John Raymond Flynn Jr., Sept. 14, 2020, Union, S.C. Flynn owned multiple businesses and rental properties in Union. He was a member of the Kiwanis Club and volunteered with Meals on Wheels. He could often be found downtown enjoying conversations with an array of people.

Marion Stevens “Steve” Rogers, Oct. 2, 2020, Matthews, N.C. Rogers served in the U.S. Army and earned the rank of staff sergeant. He was an Eagle Scout, and he was known for his ability to build or fix almost anything. Later in life he owned and operated Mr. Rogers Home Repair. He often enjoyed ski trips in Vail, Colo.

Grady Donald Bryant, Aug. 22, 2020, Summerville, S.C. Bryant was a U.S. Navy veteran. He retired after 28 years of service from Upjohn Co., a pharmaceutical manufacturing firm. His final position with the company was as medical science liaison.

Edwin King Long, Oct. 8, 2020, Spartanburg, S.C. Long earned a master’s degree in deaf education from Appalachian State University. He taught deaf students for 28 years at the S.C. School for the Deaf and the Blind.

Stiles Mikell Harper Jr., Aug. 29, 2020, Bluffton, S.C. Harper was dedicated to the Bluffton community and a generous person who liked to entertain and cook for friends and family. He trained at The Dubrulle French Culinary School in Vancouver. He founded and operated The Sandlapper Nursery. He invited the community to an annual open house that showcased as many as 3,000 orchids. His obituary read: “To know him was to have fresh eggs from his chickens, a jar of his famous artichoke relish, or vegetables out of his expansive garden left at your door.”

Teddy Bruce “Ted” Owens, Aug. 25, 2020, Columbus, N.C. Owens served in the U.S. Navy in the Persian Gulf. He held several positions with Milliken & Company before retiring after 49 years of service. He was active in the community and was the mayor of the Town of Columbus and a Polk County commissioner. He served on many boards of directors and volunteered with the Polk County Historical Association.

John Rodger Anthony, Aug. 14, 2020, Liberty, S.C. Anthony was a paratrooper during the Vietnam War. He enjoyed a long and successful career in banking and founded Cornerstone National Bank, which helped to launch several businesses in Pickens County.

Carter Dean Bates, Sept. 2, 2020, Spartanburg, S.C. Bates enjoyed a long career in sales in the meat industry, which included work with Oscar Mayer, Wilson Foods, Smithfield Foods and King B Jerky. He retired from Spartanburg Regional Healthcare System where he was a driver for hundreds of patients needing transportation for medical services.

Wilbert Kenneth Rogers Jr., Aug. 5, 2020, Longs, S.C. Rogers served in the U.S. Army for five years. He worked in the hospitality industry as a vacation specialist and salesman.

Charles Calvin Miller, Oct. 11, 2020, Laurens, S.C. Miller worked in South Carolina public schools for 36 years. He held a master’s degree in librarianship from the University of South Carolina and worked with the Laurens County Public Library. He enjoyed spending time on his family’s farm.

Richard Clyde Sweatt, Sept. 24, 2020, Groveland, Fla. Sweatt worked for the Orange County ISS Department for 37 years before retiring in 2012. He soon decided to return to work with WellDyne RX in Lakeland, Fla.

J. Malcolm Jones, Oct. 28, 2020, Jacksonville, Fla. Jones enjoyed a long career in banking, which included him purchasing American Federal Savings & Loan Bank in 1990. It was renamed Florida Bank, and he successfully operated and grew it before selling it four years later. Most recently, he served as vice chairman and CEO of Florida Capital Group. He was active on boards for Nemours Children’s Health System and his high school alma mater The Bolles School.

Virginia Dean, Sept. 15, 2020, Spartanburg, S.C. Dean was married to Wofford Hall of Fame basketball player Wally Dean ’50. The couple were married for 46 years before he died. They supported Wofford athletics over the years and filmed the Terriers football games for 42 years. She attended more than 500 Wofford football games and continued to support the Terriers in-person in recent years. She served in the Women’s Army Air Corp from 1943 until 1945. The Deans had three sons, including Donald Dean ’70. Memorials may be made to the Wallace G. Dean 1950 Memorial Athletic Endowed Scholarship Fund, Wofford College, 429 N. Church St., Spartanburg, SC 29303.