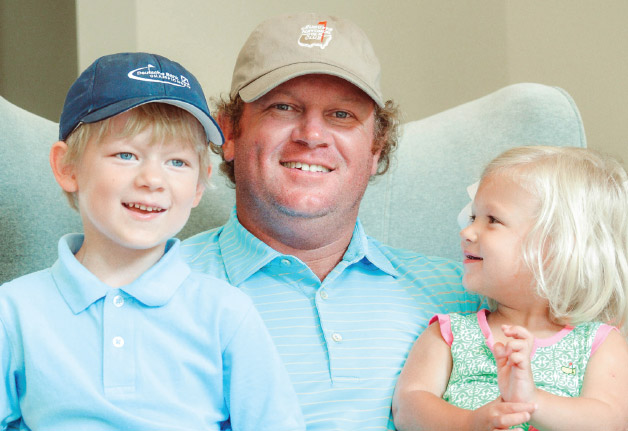 Before Wofford graduate and PGA Tour Professional William McGirt ’01 came to Wofford on a golf scholarship, he was an all-conference catcher in high school. While he loved his days on the baseball diamond, they’re now coming back to haunt him.

The week after the Heritage, McGirt was in San Antonio for the Valero Texas Open. The sandy, gravely soil and uneven terrain caused the nagging aches and pains that are common for professional athletes to flare up to the point that he sought a medical opinion. An X-ray and MRI confirmed a torn labrum and femoroacetabular impingement, a hip injury that causes limited mobility and instability in the joint — not something conducive to an optimal golf swing.

“We talked best-case and worst-case scenarios,” says McGirt, “and decided to get this done while I still have a year of exemptions left (after the Memorial win in 2016).”

Following the Wyndham Championship in Greensboro, N.C., and the FedEx Cup, McGirt had surgery. Professionally, that means this fall he is putting everything he has into rehab and full recovery. The PGA Tour has given him a medical deferment of up to three years to get his game back into tour shape. Personally, that means more “daddy time” with Mac and Caroline and more time under the same roof with Sarah Bagwell McGirt ’03.

“If there is a good time, it’s a good time,” says McGirt. “Mac starts kindergarten, and I’m looking forward to driving Caroline to and from swim or dance lessons. It will be nice to be home and be good old dad for a while.”

Once he’s on the road to recovery, McGirt has offered to help Coach Alex Hamilton and the Wofford men’s golf team in any way he can, and he’s planning to attend many more home athletics and alumni events.