Remembering men and women from the Wofford family 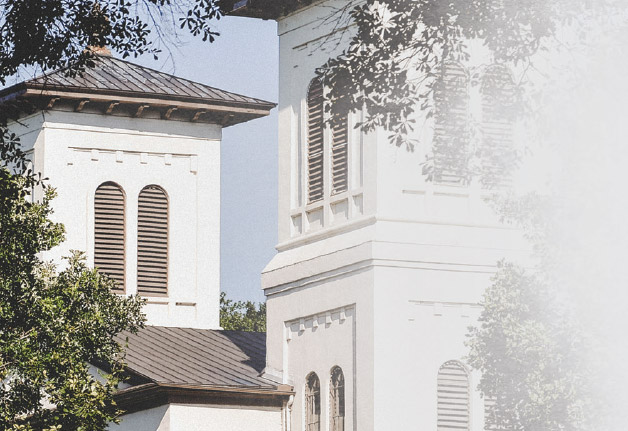 1943
Lunsford Clifton McFadden Sr., June 25, 2018, Fort Mill, S.C. McFadden served in the European Theatre during World War II. He worked his entire career with Springs Industries as a textile executive and was on the Fort Mill Town Council, serving as mayor from 1968 to 1977. For more than 85 years he was a member of St. John’s United Methodist Church.

1947
Dr. John William Blanton Jr., June 5, 2018, Mount Pleasant, S.C. Blanton served in the U.S. Navy as a medical corpsman in Shanghai. He served as director of the Charleston County Mental Health Center for more than 20 years. Later he worked as a psychiatrist for Lieber Correctional Institution, a position he held for 13 years before rotating through mental health facilities in Alabama, Georgia and South Carolina.

1952
Dr. James W. Hellams Sr., June 29, 2018, Pendleton, S.C. The town of Pendleton proclaimed Sept. 7, 2010, as “Doc Hellams Day” in recognition of Hellams’ 50 years of medical service to the community, including work with the Anderson County Detention Center, Pendleton High School and Clemson University. He was a U.S. Air Force veteran.

1953
The Rev. Robert Earl James Sr., July 30, 2018, Lake Junaluska, N.C. James spent 41 dedicated years as a minister in the South Carolina United Methodist Conference. Upon retirement to Lake Junaluska, he led a Stephen Ministry and chaired the live and learn committee of “The Junaluskans.”

1956
Charles Henderson Bates, July 9, 2018, Anderson, S.C. Bates retired as an educator with Anderson School District Five after 30 years of service. His many accomplishments included playing on the 1952 state championship football team at Boys High School, winning the city championship in tennis and serving as the T.L. Hanna High School tennis coach. He was a member of St. John’s Methodist Church for more than 50 years and repeatedly played the part of Simon the Zealot in the Last Supper to rave reviews. He considered finishing all four volumes of William and Ariel Durant’s “The Story of Civilization” as one of his great accomplishments.

Richard Patrick DuBose Sr., Aug. 13, 2018, Spartanburg, S.C. An industrial engineer, DuBose retired from Spartan Mills and was a member of First Baptist Church Spartanburg. He was a U.S. Army veteran.

1957
The Rev. Reese Martin Massey, July 1, 2018, Chapin, S.C. A veteran of the Vietnam War, Massey was a chaplain in the U.S. Air Force. He had worked in clinical pastoral education, with the Veterans Administration, with the South Carolina Department of Mental Health and in appointments to several United Methodist churches.

1958
Donald Lee Elliott, Aug. 13, 2018, Spartanburg, S.C. Elliott was an industrial engineer with Milliken & Co., retiring after more than 40 years of service. He was a longtime member of Fernwood Baptist Church and enjoyed volunteering with Habitat for Humanity, with the Boy Scouts and as the family historian.

Dr. David Garland Johnson, June 15, 2018, Dillon, S.C. Johnson was a dentist in Westminster, S.C., for more than 40 years. He also served as the mayor of Westminster and in the U.S. Army Dental Corps for two years in Germany.
Wirron H. Leonard, July 2, 2018, Greer, S.C. Leonard served in the U.S. Air Force during the Korean War. He worked for the FDIC and spent the majority of his life in banking and community service, including memberships on the boards of Greer Community Ministries, Greer Relief and the Greer Chamber of Commerce. He was an active member of Memorial United Methodist Church.

1959
James Elmer Fowler, May 10, 2018, Spartanburg, S.C. Fowler was a U.S. Navy veteran of the Korean War. He retired after 36 years as a senior research physicist from Milliken & Co. He was a member of First Presbyterian Church and a volunteer for Mobile Meals, the Adult Learning Center and Habitat for Humanity.

1961
Dr. Don Mize Maultsby, June 18, 2018, Ocean Isle Beach, N.C. A Phi Beta Kappa graduate, Maultsby served in the U.S. Army for two years as a personnel psychologist in New York City. After earning his Ph.D. from Tulane University, he accepted an appointment to the faculty at Wake Forest University, where he earned an MBA. He retired from Wake County as an employee benefits manager.

1965
Edward Bruce Canaday, Aug. 7, 2018, Spartanburg, S.C. Canaday was a longtime employee of Spartan Mills and a member of Inman First Baptist Church. He was an avid woodworker.

1967
Robert Richard Gualtier, May 2, 2017, Toms River, N.J. Gualtier was a partner in Rapid Manufacturing Co. Upon retirement, he enjoyed spending time outdoors on the New Jersey shore. He will be remembered for his knack for telling jokes.

1972
Cameron Bruce Littlejohn Jr., July 24, 2018, Columbia, S.C. Littlejohn served as assistant U.S. attorney general before working in private practice. He was passionate about tennis, hunting and fishing, and he held terms as president of the South Carolina Tennis Association and the Midlands Striper Club.

William Bryan Richardson, June 22, 2018, Charleston, S.C. A member of Pi Kappa Alpha fraternity at Wofford, Richardson worked in pharmaceutical sales for Reid-Howell and as an educator at Trident Technical College, the University of South Carolina Salkehatchie and in the public schools. He was active in St. Jude’s Episcopal Church.

1977
Rudolph Warren “Rusty” Mills, Aug. 4, 2018, Dunwoody, Ga. Mills was a member of Pi Kappa Alpha fraternity at Wofford. He went on to a 30-year career with Southern Bell and AT&T. He was the proud owner of a 1968 GT350 Shelby Mustang convertible that he took to car shows and events around the country.

1979
Thomas Jackson Hancock, May 15, 2018, Anderson, S.C. He spent his 38-year career at the Torrington Co., which later became The Timken Co. and finally Koyo Bearings. He was a lifetime member of Grace Episcopal Church.

1982
Phillip Thomas Mottel, June 9, 2018, North Augusta, S.C. A member of United Christian Church and a project manager with Shaw AREVA, Mottel was a U.S. Army veteran and a member of the North Augusta City Council. He coached little league baseball.

1983
Allen Wayne Barbare, July 9, 2018, Greenwood, S.C. Barbare was the crisis shelter programs director at Connie Maxwell Children’s Home. He also had worked for the South Carolina Department of Social Services and Piedmont Technical College. He was a Sunday school teacher and a member of the praise band at Connie Maxwell Baptist Church.

Glenn Alan Moyd, May 21, 2018, Hartsville, S.C. He worked in real estate, most recently for RE/MAX Advantage Group of Columbia, S.C. Moyd also was a member of Shandon Baptist Church.

1986
Elizabeth Moses, July 23, 2018, Sumter, S.C. Moses spent two years working with marine life, including positions at Sea World and the New England Aquarium as well as on a number of research cruises. She also worked as a writer, editor, photographer and interpretive ranger. She was a longtime member of the Jewish Historical Society of South Carolina, working with the Jewish Heritage Collection and the Jewish Studies Program at the College of Charleston. She was working with the Sumter County Museum at the time of her death.

1995
Julie Lynn Thielen, June 16, 2018, Racine, Wis. Thielen died awaiting a liver and kidney transplant. She loved to travel and was employed by the S.C. Johnson Co.