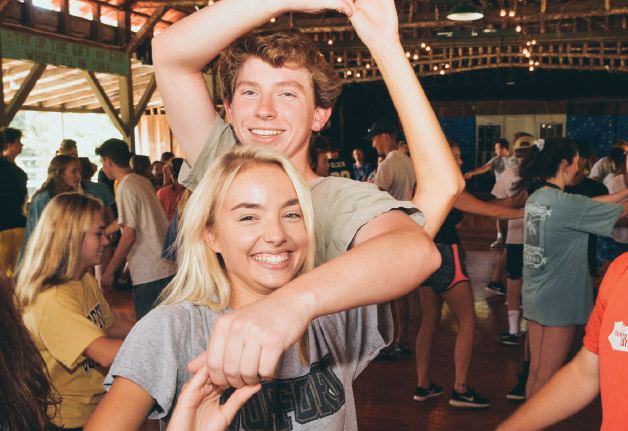 “The Class of 2022 brings a wealth of accomplishments with them to Wofford, and we are excited to help them grow over the next four years, earning even more successes as they prepare to go out into the world,” says Brand Stille ’87, vice president for enrollment. “The class includes 258 women and 208 men, and they come from 26 states and eight countries — as far away as Shanghai, China. Nineteen percent are students of color, and 46 percent come from outside of South Carolina.”

Stille says Wofford again saw an increase in the number of applications for admission this year. “Our reputation as a top national liberal arts college attracts high-caliber students from all over the country and the world,” he says. “The Class of 2022 represents the high quality of students we seek and attract.”

The average high school GPA for the incoming class is 4.28. Forty-six were student body or senior class officers in high school, and 24 were valedictorians or salutatorians of their graduating classes. Sixteen earned the rank of Gold Award or Eagle Scout, 26 were editors of a publication in high school and 170 were captains of high school athletics teams. Seventy are first-generation college students. The Class of 2022 includes 103 student-athletes and 126 Wofford legacies.

The Class of 2022 also includes:
+ An Irish dance champion.
+ An award-winning potter.
+ A state champion in shot put and 100-meter hurdles.
+ Two national champion tennis players.
+ A beekeeper.
+ One who completed 2,000 hours of community service
during senior year in high school.
+ One who led a 450-mile canoe trip above the Arctic
watershed.
+ Another who created a rap music video with 64,000 views.
+ A feature writer for Seventeen magazine.
+ The youngest licensed commercial real estate dealer in
South Carolina.
+ A student who, with a team of three friends, drank
a six-pound milkshake, then ran an eight-minute mile
at midnight in pajamas.