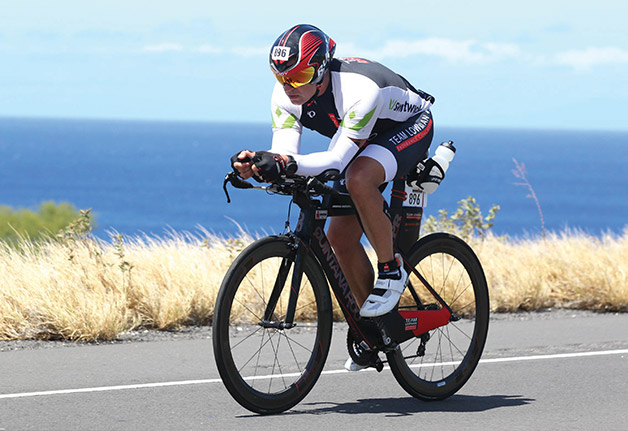 On Oct. 8, John Critchfield ’92 competed in the Ironman World Championship in Kona, Hawaii, finishing with a time of 13:59:39.

“I did better than I thought, given that it’s one of the toughest terrains for an Ironman,” says Critchfield. “My goal was under 15 hours, even though each athlete is given 17 hours to complete the course.”
Critchfield started running for his health in 2012.

“It was tough, hurt and was not fun, but I began getting faster and losing weight,” he says. “I began winning races (5Ks, 10Ks, then half and full marathons). Then I got asked to compete in an Olympic distance triathlon in Chattanooga and started swimming ... I was hooked and started doing iron-distance races.”

The Ironman consists of a 2.4-mile swim, a 112-mile bike leg and a 26.2-mile run to finish the competition.
Training has obviously become a big part of his life, but Critchfield also has a rewarding day job as corporate counsel for Volkswagen at the manufacturing plant in Chattanooga, Tenn.

“I mainly deal with contracts and suppliers,” says Critchfield, “but I’m such a car fanatic that this job is a perfect fit.”