It's your world. Serve it. 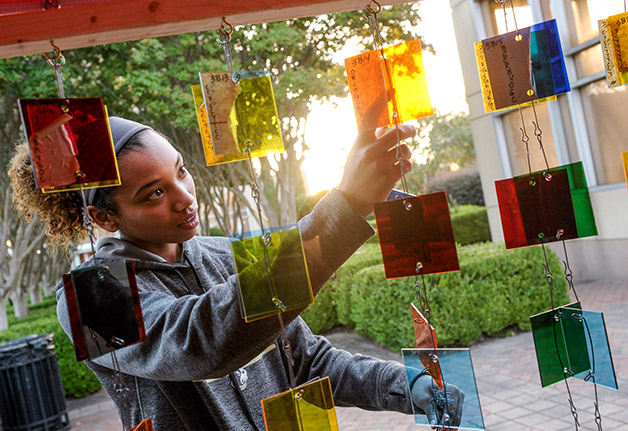 Wofford College has been named to the President’s Higher Education Community Service Honor Roll with Distinction. The honors ceremony was held recently in Washington, D.C., with Secretary of Education John B. King Jr. as the featured speaker.

Wofford, who was represented by Perkins-Prothro Chaplain and professor of religion the Rev. Dr. Ron Robinson, was recognized for General Community Service with Distinction for Interfaith Community Service.

The Honor Roll’s Presidential Award is the highest federal recognition an institution can receive for its commitment to community, service-learning and civic engagement.

Robinson, who also is Wofford’s director of interfaith programs, accepted the college’s award and participated on a panel at the conference, presenting on “Pluralism in a Liberal Arts Community.”

Robinson, known to students as Rev. Ron, says, “This distinction for interfaith service speaks well of the kind of diverse, outwardly focused community we have here at Wofford. It is a delight to see people from a variety of backgrounds come together for a common purpose, and it is heartwarming when that purpose is reaching out to understand someone else’s situation and enable them to meet a need.”

The U.S. Department of Education’s Campus Challenge Biennial Report noted Wofford’s program in which first-year students pack more than 20,000 meals for Haiti on their first weekend at the college. The same report made three mentions of the college’s Interfaith Youth Core and its partnerships with local faith-based and service organizations to address hunger and homelessness in Spartanburg.