Remembering men and women from the Wofford family.» 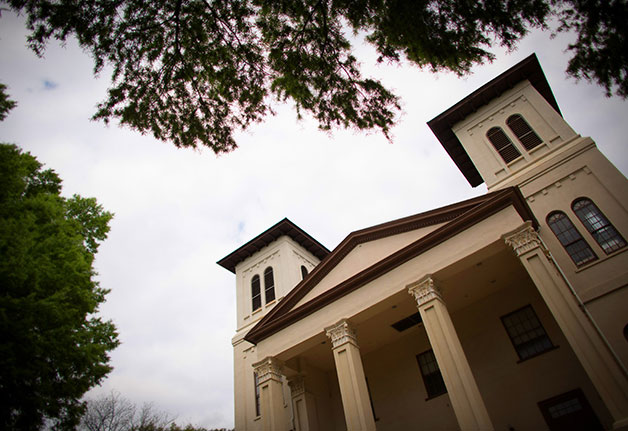 William Kilgore Thompson Jr., Sept. 9, 2016, Spartanburg, S.C. Thompson served during World War II as a motor officer and regiment maintenance officer. After the war he married his sweetheart, Mary, who wrote him a letter every day while he was away. He served with the U.S. Army Corps of Engineers in Savannah, Ga., for 30 years. He retired with many honors, including the Army Decoration for Meritorious Civilian Service. He was an elder in the Presbyterian Church and an active Habitat for Humanity and Mobile Meals volunteer.

Dr. Roy James Ellison Jr., Sept. 30, 2016, Greenville, S.C. A member of Westminister Presbyterian Church and a World War II veteran, Ellison practiced psychiatry for more than 50 years. He served as medical director of Marshall I. Pickens Hospital and chairman of Greenville Hospital System’s Department of Psychiatry. He led several professional associations and served on the state Board of Medical Examiners as the first psychiatrist and legislative representative of the state psychiatry association.

The Rev. Thomas F. Steele Jr., Sept. 26, 2016, Rock Hill, S.C. A retired United Methodist minister, Steele was the first director of the Jaycee Boys Home in Rock Hill. He also served as director of the Children’s Home in Lancaster, S.C. He and his wife, Mary, were foster parents to more than 160 children during this time and were fondly referred to as “Mom and Pop Steele.”

Robert Alfred Hammett Sr., Aug. 26, 2016, Spartanburg, S.C. A longtime attorney, Hammett served in the South Carolina House of Representatives from 1960 to 1968. He was past city attorney and mayor of Inman. Hammett served four years in the U.S. Army on active duty in Korea and Europe before spending 18 years in the Army Reserve. He was an active member of the Episcopal Church of the Advent and past president of the Advent Foundation.

The Rev. Willis Harold Switzer, Aug. 29, 2016, Franklin, Va. A veteran of World War II, Switzer pastored Baptist churches for 56 years. He retired in 2012 and continued to serve the community through a grief support group.

Billy Hobert Inman Jr., Sept. 25, 2016, Boiling Springs, S.C. A U.S. Army veteran, Inman was a longtime agent with Liberty Life Insurance Company and a devoted volunteer with Boy Scouts of America. He was a member of Trinity United Methodist Church.

Col. (Ret.) Kenneth Huff Campbell, Sept. 16, 2016, Horse Shoe, N.C. Campbell served in the U.S. Army for 33 years, with assignments in Hawaii, Puerto Rico, Panama, Vietnam and Thailand. He was a member of the Carolina Mountain Artist Guild and the owner of Function Flue. He was an active member of Etowah United Methodist Church.

Ernest Roy Barefield, Sept. 8, 2016, Bluffton, S.C. Barefield served on the Wofford Alumni Board, including a term as president in 1993. He also served as president of the Wofford Georgia Alumni Club between 1987 and 1989. Barefield did a tour with the U.S. Army Intelligence Corps before enjoying a successful career in business and accounting.

Felder B. Wheeler Jr., Oct. 3, 2016, Knoxville, Tenn. Wheeler taught high school English, retired from the Navy in 1982 as a full commander after 20 years of service and served as the pastor of Grace Church in Knoxville. He also retired from Newport News Shipyard and Tennessee Valley Authority.

Hoyt Cromwell Burnett Jr., Sept. 5, 2016, Lexington, S.C. Burnett was a member of Kappa Sigma fraternity and a four-year letterman and captain during his senior year on the Wofford football team. He spent his career with the state of South Carolina, including service with Vocational Rehabilitation, Midlands Technical College and Lexington School District Five. He was a member of Kathwood Baptist Church.

Roy Lee Cashwell Jr., Sept. 16, 2016, Greenville, S.C. Cashwell died after a brave battle with cancer. A loyal Terrier fan, Cashwell was instrumental in the creation of the Cashwell Family Endowed Scholarship at Wofford, where the family has asked that memorials be made. Cashwell spent his career in the insurance industry after a tour in Germany with the Army Security Agency. He was an active member of the Sertoma Club of Greenville and a faithful volunteer of the club’s Christmas tree program.

William Frank Turner Jr., Sept. 9, 2016, Inman, S.C. Turner worked as an accountant with Mayfair Mills and as a drug counselor with the Spartanburg Methadone Clinic. He served in the South Carolina National Guard.

James E. Curwen, Oct. 7, 2016, Brevard, N.C. Curwen worked in medical sales for much of his career, helping many physicians set up in-office laboratories. He was an avid runner, qualifying for and running in the Boston Marathon, and a sailor, racing both Sunfish and J-24s. After retirement, he worked with the North Carolina Arboretum as recreational liaison.

Dr. Clarence Edward Taylor Jr., Oct. 11, 2016, Columbia, S.C. For more than 35 years, Taylor worked at the South Carolina Department of Mental Health as a psychologist and director of staff development and training. He devoted his life and career to promoting respect for those affected by mental illness.

Elbert Stone Felder, Sept. 5, 2016, Union, S.C. Felder retired from the state of South Carolina and was a former member of the South Carolina National Guard. He was a lifelong member of Grace United Methodist Church.

Larry Douglas Kearse Sr., Sept. 18, 2016, Irmo, S.C. Kearse taught history and social studies for 34 years. He retired from Columbia High School in 2012 as a teacher, athletics director and dean of students. He was a recipient of the Christine Webb Humanitarian Award in 1996. Kearse was a member of Grace United Methodist Church.

Dr. James A. Keller, Sept. 6, 2016, Spartanburg, S.C. Keller retired as Samuel Pate Gardner Professor of Philosophy at Wofford in 2011 after 39 years of service. He chaired the department from 1972 to 2003 and was awarded emeritus status following retirement. Keller continued to teach classes even after retirement. His research and teaching interests centered on how religious beliefs can be appropriately justified, and his book, “Problems of Evil and the Power of God” (Ashgate, 2007), dealt with those issues. He was an avid reader of science fiction and a film buff. Keller was an active member of First Presbyterian Church of Spartanburg.