“Commencement is the culmination of what we do as a liberal arts college, and it’s a time of great celebration,” says President Nayef Samhat. “Our mission is to provide our students a superior liberal arts education that prepares them for extraordinary and positive contributions to society. On graduation day they are prepared for this next step, and we are excited for them to take it and for the world to reap the benefits.”

Commencement speaker and 1983 Phi Beta Kappa graduate of Wofford College Dr. Katy Close is a board-certified physician who practices at Americares Free Clinic of Stamford in Connecticut, where she is also a member of the Board of the Americares Foundation. Close has served as a clinical associate professor of internal medicine at the University of South Carolina School of Medicine and has taken dozens of students, residents and specialists to the Hôpital Albert Schweitzer in Haiti for in-depth study and research. She also serves as an internist at Smith Medical Center in Pawleys Island and Georgetown, S.C.

Close has spent much of her medical career providing services to those with the most need, including serving numerous AIDS patients at the Carolinas Medical Center in Charlotte, N.C.; being assistant medical director of Hospice in Charlotte and interim director of Hospice of Georgetown County, as well as medical director of Smith Medical Center, a free facility she helped establish in Georgetown County. In 2011 she served on the board of Physicians for Human Rights and traveled to Libya to investigate alleged war crimes committed by Omar Khaddaffi, and in 2014 she was recruited by Americares to start an Ebola treatment unit in Liberia.

She earned her medical degree in 1988 from the University of South Carolina School of Medicine, received a master’s degree in public health from the Johns Hopkins Bloomberg School of Public Health and a diploma in tropical medicine from the Royal College of Physicians.

Close, a native of Fort Mill, S.C., has served as a trustee for the Springs and Close Foundations since 1982. She was named Wofford’s Young Alumna of the Year in 1994 and served on the college’s Board of Trustees for eight years. She and her family have maintained close ties to Wofford and have generously supported numerous projects and programs, including to the construction of the Roger Milliken Science Center. 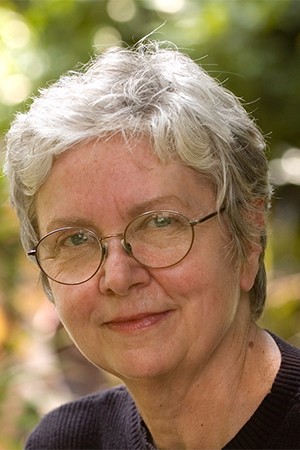 Honorary degree recipient Alice R. Ballard is a native of Florence, S.C. She earned both a Bachelor of Science and a Master of Science in design from the University of Michigan.

Ballard is an acclaimed ceramicist based in Greenville, S.C., and has held teaching positions at Francis Marion University and Coastal Carolina University. For three decades, Ballard has been associated with the Penland School of Crafts in Penland, N.C., as an instructor and ambassador. Additional teaching assignments have included the Odyssey School in Asheville, N.C., and the Arrowmont School of Crafts at the Mint Museum in Charlotte, N.C. She is also the recipient of two South Carolina Arts Commission individual fellowships.

She has been a ceramic instructor on and off since 1967 and has her work in several galleries, including the Blue Spiral Gallery in Asheville, N.C., and the Smithsonian American Art Museum’s Renwick Gallery in Washington, D.C., where her white earthenware terra sigillata piece entitled “White Onion VII” has been added to the permanent collection. Her work is also in the permanent collections of the Mint Museum; Resen Ceramic Colony, Resen, Republic of Macedonia; Tennessee State Art Collection, Nashville; South Carolina State Art Collection, Columbia. 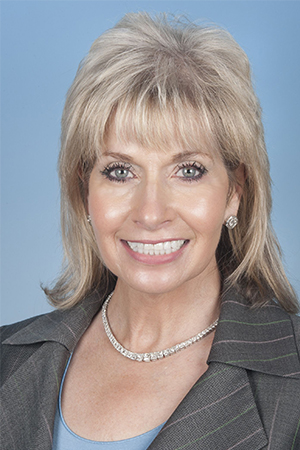 Honorary degree recipient Marsha Harrison Gibbs is a native of Spartanburg County. She and her husband, Jimmy I. Gibbs, have been business and philanthropic partners for many years. The business and charitable landscape of the greater Spartanburg community has been forever changed, thanks to the generosity of Marsha and Jimmy Gibbs.

Their company, Gibbs International, has risen to become a major international force in the textile community. While still a driver in that industry, the Gibbses have also significantly diversified into real estate development and energy generation on an international scale.

Education and healthcare have been the two largest areas to benefit from the generosity of the Gibbses over the years, significantly the Spartanburg Regional Healthcare System, where the Gibbs Cancer Center bears their name at two locations. Mrs. Gibbs serves on the Board of Directors for Spartanburg Regional Foundation, Tri Chair Committee for Hospice Home and most recently on the Board for 50 Upstate. She and her husband have supported Wofford College with numerous projects, scholarships and multiple facilities including Gibbs Stadium and the Marsha Gibbs Tri Delta Sorority House; Marsha H. Gibbs Fieldhouse, Chapel and scholarships at Converse College, where Mrs. Gibbs serves as a trustee; Spartanburg Methodist College; the Cancer Association of Spartanburg and Cherokee Counties; and dozens of other organizations and agencies. Mrs. Gibbs was instrumental in bringing the Dolly Parton Imagination Library program for children to our area. She was a founding director for Carolina Alliance Bank from 2006 thru 2019. She has frequently been recognized as a difference-maker in local and regional philanthropy, most recently as a “Woman of Distinction” by the local affiliate of the Girl Scouts. 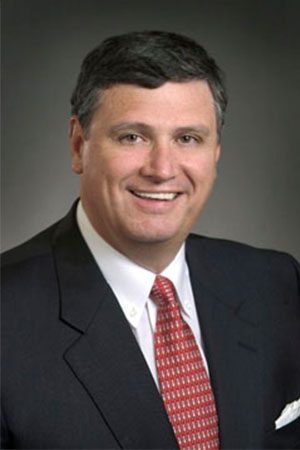 Finally, honorary degree recipient Joe E. Taylor Jr. is a native of Columbia, S.C. While a student at Wofford in 1976, Taylor began working with his father to produce pre-cut log buildings that became Southland Log Homes based in Irmo, S.C. Under Taylor’s leadership, Southland became the largest producer of pre-cut log homes in North America. It operated in 27 states and nine foreign countries and employed approximately 300 individuals. Taylor sold 75 percent of the company in 1999 and the remainder of his interest in 2005.

In 2006, then-Governor Mark Sanford appointed Taylor as secretary of commerce for the state of South Carolina. In that role, he oversaw the department charged with attracting employers to the state, and he did so in the thick of the longest and deepest economic downturn since the Great Depression. Serving from 2006 through 2011, Taylor helped lead a number of successful efforts on behalf of the state.

For example, the department announced nine projects that promised 1,000 or more jobs each; he helped to develop a nationally-recognized high school dropout prevention program called Jobs for America’s Graduates – South Carolina; and he was a leader in attracting the Boeing Corporation to build an assembly plant for the company’s 787 Dreamliner passenger jet that promised 3,800 jobs over time.

After leaving state government in 2011, Taylor has focused attention on private equity business and real estate development, and he served on the board of the State Infrastructure Bank through early 2019. Taylor also serves on the board of trustees of Wofford College, with a term starting in 2007 that will end in the spring of 2019. During his tenure on the Board, Taylor was chairman of the Board’s finance committee from 2010 through 2015, and also served on the athletic, development and student life committees. Taylor has supported numerous scholarships and projects, notably the athletics office and training complex bearing his name at the corner of Evins and Cumming Streets. He helped start a bank, Carolina National, and has been a board member of a long list of organizations across the Midlands of South Carolina and around the state, including the Columbia Museum of Art, the Chamber of Commerce, Boy Scouts of America and the Central Carolina Community Foundation.

Wofford’s 2019 Commencement Exercises will be webcast. Visit www.wofford.edu day-of for the viewing link.

Wofford College, established in 1854, is a four-year, residential liberal arts college located in Spartanburg, S.C. It offers 26 major fields of study to a student body of 1,690 undergraduates. Nationally known for its strong academic program, outstanding faculty, study abroad participation and successful graduates, Wofford is recognized consistently as a “best value college” and is among the New York Times’ “Top Colleges Doing the Most for the American Dream,” a ranking based on accessibility for low- and middle-income students. The college community enjoys Greek Life as well as 19 NCAA Division I athletics teams.