Women in Law and Politics' panel set for Feb. 27 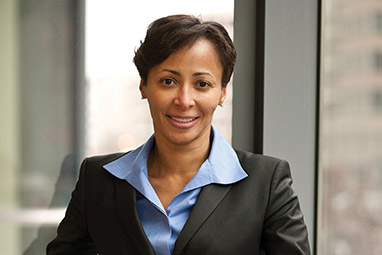 Joyce Payne Yette will be one of the panelists discussing "Women in Law and Politics" at a program at 11 a.m. Tuesday, Feb. 27, in the Jerome Johnson Richardson Theatre in the Rosalind Sallenger Richardson Center for the Arts.
2018-02-22

"SPARTANBURG, S.C. - Recent news out of national politics, the entertainment industry and the legal profession illustrates some of the difficult challenges many women face in professional life, even in the 21st century. Wofford College will host a panel discussion, ""Women in Law and Politics,"" on Tuesday, Feb. 27, to explore the issue.

Four leading professional women will participate on the panel, moderated by Prema Samhat. The event will be held at 11 a.m. in the Jerome Johnson Richardson Theatre in the Rosalind Sallenger Richardson Center for the Arts. It is free and open to the public.

The program will be a candid conversation about the difficulties and achievements of women today in political and legal fields. On the panel will be Ann Brigid Clark, counsel for Greenberg Traurig, LLP; Lee Carosi Dunn, head of White House Strategy and Outreach for Google Inc.; Brooke Mueller, director of government relations and public affairs for Walmart; and Joyce Yette, a 1980 Wofford graduate, chief legal officer of Promontory Financial Group LLC in Washington, D.C.

Dunn assists the president's administration in working with Google on important projects as well as educates staff on Google's policy priorities. She previously was head of industry for political clients and senior counsel, focusing on technology issues and regulatory policy in front of Congress and the FCC.

Mueller focuses on establishing and growing Walmart's legislative affairs and community outreach efforts in the Mid-Atlantic region. A graduate of Vanderbilt University, she received her MBA from the University of North Carolina Kenan-Flagler Business School. Mueller previously held positions with the National Association of Home Builders and Pulte Homes.

Yette oversees the firm's legal affairs around the world, including managing outside counsel. She began her career at Covington & Burling in Washington, D.C., and later was associate general counsel for the Washington Area Transit Authority. A 1980 Wofford graduate, she is the first African-American woman to serve on the college's board of trustees.

Samhat, a native of India, has a background in marketing and development in the hospitality and health care industries. She serves on the boards of the Chapman Cultural Center, the United Way of the Piedmont and the South Carolina State Museum Foundation.