Scholar to discuss exhibition 'I am just a translator' 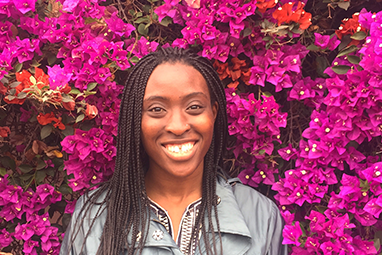 SPARTANBURG, S.C. – Victoria Nwankudu, Wofford College’s 34th Presidential International Scholar, will present an opening talk for her exhibition of photographs taken during her international travels at 6 p.m. Wednesday, May 9, in the first floor lobby of the Rosalind Sallenger Richardson Center for the Arts. The event, which is free and open to the public, is sponsored by President Nayef Samhat.

The exhibition, “I am just a translator,” will showcase Nwankudu’s travels in the summer of 2017 and fall of 2018 in Morocco, South Africa and Peru as she pursued an independent research project that focused on the role of languages in social movements. The junior Spanish and international affairs major from Florence, S.C., studied the uses of nine languages in three social movements.

The Presidential International Scholarship is an innovative program that allows one student to travel internationally to research an independent project. The scholar is selected by the president of the college as a student with exceptional potential to benefit humankind as evidenced by a demonstrated passion for service learning combined with a globally minded intellectual curiosity. The scholarship is funded by an anonymous donor.

Nwankudu’s photo exhibition is on display on the first floor of the center, near the monumental staircase. It will remain on display through August.