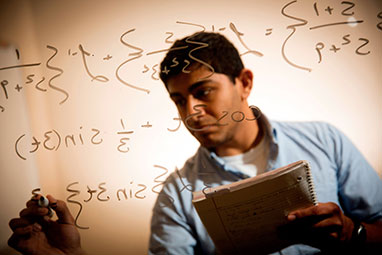 SPARTANBURG, S.C. – Wofford College is one of the nation’s best colleges for students seeking great academics, outstanding career preparation and generous financial aid, according to The Princeton Review (www.princetonreview.com).

Wofford is among 200 institutions that the educational services company profiles in its just published book “Colleges That Pay You Back: The 200 Best Value Colleges and What It Takes to Get In – 2015 Edition” (Penguin Random House / Princeton Review). The colleges and universities also are featured on The Princeton Review’s site at www.princetonreview.com/colleges-pay-you-back.

The Princeton Review developed a unique “Return-on-Education” (ROE) rating to winnow its list of the 200 colleges for this new book. ROE measures 40 weighted data points – everything from academics, cost, financial aid and student debt to statistics on graduation rates, alumni salaries and job satisfaction. The company based its ROE rating on data collected in 2013-14 from its surveys of administrators and students at 650 colleges, plus surveys conducted by PayScale.com through April 2014 of alumni of the same schools.

“We are quite pleased to again be included by a very prestigious name in education, The Princeton Review, especially for being a ‘best value college’ that is affordable and provides an excellent education,” says Wofford President Nayef H. Samhat.

“We salute and highly recommend Wofford College and all of our ‘Colleges That Pay You Back’ schools,” says Robert Franek, The Princeton Review’s senior vice president, publisher and lead author of the book. “They stand out for their excellent academics, impressive career preparation services and affordability to students with need – via comparatively low sticker prices, generous financial aid or both. Plus their students graduate with great career prospects.”

In the book’s profile of Wofford, The Princeton Review editors praise the college for its “well-earned reputation for awarding ‘generous’ financial aid packages.” Using quotes from Wofford students, the book recognizes Wofford as “an exceptional liberal arts school that provides each student with a well-rounded education that prepares them for a successful future.” The profile also recognizes Wofford’s career development program in The Space: “The college ‘stresses the importance of internships and will do everything they can to help students in the job and graduate school application process.’” Wofford “runs a robust internship program” where students have interned with such entities as NASA, The Aspen Institute and ABC News. “Undergrads also have the opportunity to meet with career coaches who help with everything from resume review to developing a career strategy.”

The “Career Information” section of the profile lists a high Return-on-Education (ROE) rating score of 90 for Wofford. The profile also reports PayScale.com figures on median salaries of Wofford’s alumni, showing a median starting salary as $40,900 and a median mid-career salary as $87,000.

The Princeton Review also is known for its annual school rankings and profiles in its book “The Best 379 Colleges,” published in August 2014, in which Wofford is included.

The Princeton Review is not affiliated with Princeton University, and it is not a magazine.