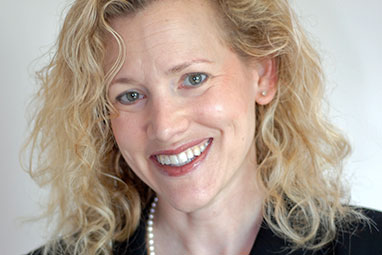 SPARTANBURG, S.C. – National security whistleblower Jesselyn Radack, who also is the attorney for NSA whistleblower Edward Snowden, will be on the Wofford College campus for an intensive weeklong visit, beginning Feb. 23, as the Woodrow Wilson Visiting Fellow.

Radack was one of the first whistleblowers against torture and other abuses after the attacks on Sept. 11, 2001, and she has continued to challenge abuses of human rights in the name of national security under two presidential administrations. She also serves as the attorney for other whistleblowers, including Edward Snowden and Bradley/Chelsea Manning.

Radack, director of national security and human rights at the Government Accountability Project, the nation’s leading whistleblower organization, will conduct classes and meet with students and faculty members and will hold two public speaking events while in Spartanburg.

At 7 p.m. Tuesday, Feb. 24, Wofford will present the documentary film “War on Whistleblowers: Free Press and the National Security State,” followed by a conversation with Radack. The event, free and open to the public, will be held in the Olin Teaching Theater in the Franklin W. Olin Building.

On Wednesday, Feb. 25, also at 7 p.m., Radack will speak on “Ethics of Whistleblowing: Confronting the National Security State Since 9/11.” The program, also free and open to the public, will be held in Leonard Auditorium in Main Building.

Radack’s visit to Wofford is sponsored by the Department of Government and the Office of the Provost.

“Jesselyn Radack’s time at Wofford will provide our students, faculty and the public with a chance to meet an internationally recognized figure for an intensive weeklong visit from Feb. 23 through 27,” says Dr. William DeMars, chair of the Department of Government. “We also are delighted that she will have time to get to know our campus and to explore how Wofford relates to the broader society.”

“Whistleblowing is an American tradition that contributes to our capacity to correct our national errors,” DeMars suggests, “but we still have to think critically about the claims of those who present themselves as whistleblowers. Jesselyn Radack raises essential and controversial questions about how we have fought our enemies since the attacks of 9/11, under both Presidents Bush and Obama.”

Provost Dennis Wiseman adds, “Hosting a Woodrow Wilson Visiting Fellow, especially someone as prominent as Jesselyn Radack, gives our students and faculty insights into a world they might otherwise not see. We are pleased to once again host a Wilson Visiting Fellow, and know that our campus and the community will learn much from this experience.”

Radack’s program focuses specifically on secrecy, surveillance, torture and discrimination. She has been at the forefront of the government’s “war on whistleblowers,” which also has implicated journalists. Among the clients she represents are seven national security and intelligence community employees who have been investigated, charged or prosecuted under the Espionage Act for allegedly mishandling classified information, including Edward Snowden, Thomas Drake and John Kiriakou. She also represents clients bringing whistleblower retaliation complaints in federal court and various administrative bodies. Previously, she served on the D.C. Bar Legal Ethics Committee and worked at the Justice Department for seven years, first as a trial attorney and later as a legal ethics adviser. Radack is author of “TRAITOR: The Whistleblower & the ‘American Taliban.’” Her writing has appeared in the New York Times, Wall Street Journal, L.A. Times, Washington Post, Guardian, The Nation, Salon, Legal Times, National Law Journal and numerous academic law reviews. She is also a popular blogger at Daily Kos. Radack received the Sam Adams Associates for Integrity in Intelligence Award in 2011 and the Hugh M. Hefner First Amendment Award in 2012. She was named one of Foreign Policy Magazine’s Leading Global Thinkers of 2013.

The Woodrow Wilson Visiting Fellows program, which is administered by the Council of Independent Colleges (CIC) in Washington, D.C., brings prominent artists, diplomats, journalists, business leaders and other professionals to campuses across the United States for a weeklong residential program of classes, seminars, workshops, lectures and informal discussions. For 35 years, the Visiting Fellows have been introducing students and faculty members at liberal arts colleges to a wide range of perspectives on life, society, community and achievement.