Crimes of the Heart coming to Wofford College 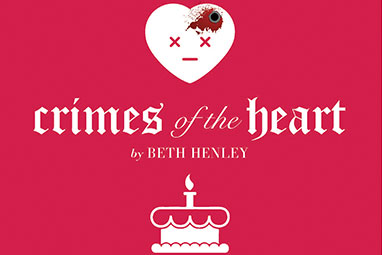 The Wofford College Theatre Department will present Beth Henley’s ‘Crimes of the Heart’ in the Tony White Theater in the Campus Life Building starting Thursday, March 19. Dr. Mark Ferguson, chairman of the Wofford Theatre Department, directs the play. Performances will run March 19-21 and 25-28 at 8 p.m. with a matinée performance on Saturday, March 21 at 2 p.m. Tickets may be purchased at www.wofford.edu/boxoffice/.

According to Ferguson, this classic Southern Gothic play involves three sisters reuniting in their Mississippi hometown. Together the Magrath girls must navigate childhood scars, an elderly grandfather in the hospital and various elaborate (and increasingly ineffective) coping mechanisms. “Hilarious and deeply touching, this play is a contemporary classic that garnered playwright Beth Henley both a Pulitzer Prize and a New York Drama Critics Circle Award – and was later adapted into an Academy Award-nominated film starring Diane Keaton, Jessica Lange and Sissy Spacek,” says Ferguson.

The New York Post writes, ""It has heart, wit and a surprisingly zany passion that must carry all before it…it would certainly be a crime for anyone interested in the theatre not to see this play.""

Fifteen Wofford students worked since the start of the semester, both on and off stage, to produce the play. “Multiple characters are double-cast for the show, so I am excited to see how different each performance will be because of the different character choices each actor will make,” says Brendan Paschal, a first-year Wofford student who plays Meg Magrath’s past love interest.

Paschal has found that in “Crimes of the Heart,” no word is wasted. “Although we have been working intensively on this play for some time now, I am still finding places in scenes that have so much more context and meaning than I noticed before. It is an extremely thought-provoking play, and I think the students, faculty and Spartanburg community will thoroughly enjoy it.”