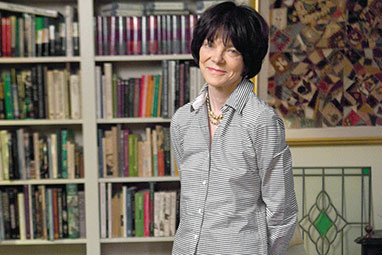 Wednesday, April 1
“Still Living” Sexual Assault Panel
6-8 p.m., Leonard Auditorium, Main Building
Six professional leaders will discuss the ongoing challenges on the topic of sexual assault and violence on college campuses and within the community. The purpose of the program is to teach students and community residents ways to prevent various crises as well as what to do when incidents occur. The theme of the program is “Don’t Take Advantage of Me.”

Monday, April 13
Johnson Collection’s Voices in American Art Lecture
Speaker: Betsy Pochoda, editor of The Magazine Antiques
7 p.m., Leonard Auditorium, Main Building
The Johnson Collection, in conjunction with Wofford College and Converse College, will present Betsy Pochoda, editor of The Magazine Antiques, for the Voices in American Art Lecture Series. She will talk about “Surprising Pursuits: A Life in the Arts.” Pochoda is only the fifth editor of the magazine since its founding in 1922. As a longtime magazine professional, she has a keen interest in fine art, antiques and design. Previously, she was executive editor of House & Garden magazine and was the books and arts editor of The Nation. She holds a Ph.D. in medieval and renaissance literature from the University of Pennsylvania. At The Magazine Antiques, Pochoda oversaw the transformation of the magazine’s refreshed design and revitalized editorial coverage.

Tuesday, April 14
“Dirty Energy”: An Evening with George Barisich
7-8:30 p.m., McMillan Theater, Campus Life Building
George Barisich is a shrimp boat captain for 43 years based in New Orleans. The documentary “Dirty Energy” will be shown along with a talk to commemorate the fifth anniversary of the BP oil spill in the Gulf of Mexico. The film depicts the impacts on the New Orleans community as a result of BP’s reluctance to compensate them. The event is sponsored by the Environmental Studies Program’s “Thinking Like a River” initiative.

Wednesday, April 15
World Film Series: “Good Bye, Lenin!”
3:30 p.m. and 7:30 p.m., Olin Teaching Theater, Franklin W. Olin Building
Director: Wolfgang Becker; Germany, 2003; 121 minutes; German, English and Russian with English subtitles. “Winner of six prestigious European Film Awards, including Best Picture and 2004 Golden Globe nominee for Best Foreign Language Film, this coming-of-age adventure blends the fall of Communism with the salient emotions of a family's love.... “Good Bye, Lenin!” is a beautiful introduction to a whole new, free world. In 1989, Christiane Kerner has lost her husband and is completely devoted to the Socialist East German state. A heart attack leaves her in a coma, and when she awakens eight months later, the Berlin Wall has fallen and it's a whole new world. To protect her from the shock, her son Alex hatches a plan to keep her in the dark. It's easy ... all he has to do is turn back the handle of time.” (Description from www.sonypictures.com.) The film may not be appropriate for younger viewers. It may contain violence, nudity, sensuality, rough language or contain or refer to alcohol/drug use.

Thursday, April 16
Department of History Talk: “Thucydides, Topography and the Battle of Amphipolis”
Speaker: Jake Butera, assistant professor, Department of Classics at the University of North Carolina Asheville
4 p.m., Gray-Jones Room, Burwell Building
Jake Butera has taught at the University of North Carolina Asheville since 2012, focusing on Greek and Roman military history in addition to archaeological and material culture topics. He received his Ph.D. from Duke University and taught at Brigham Young University from 2011 to 2012. He studied for two years at the American School of Classical Studies at Athens and has worked at the archaeological sites of Corinth and Samothrace. He has studied and traveled extensively through Greece, Italy, Turkey and Egypt and continues to work on topographical and archaeological projects in Greece.

Thursday, April 16
Environmental Studies Talk: “Uniting Art and Biology to Conserve Our Changing Seas”
Speaker: Courtney Mattison, ocean artivist (artist-activist)
4-5:30 p.m., Olin Teaching Theater, Franklin W. Olin Building
Courtney Mattison is an ocean artivist (artist-activist) whose large-scale ceramic coral reef installations have been exhibited at science and art venues that include the headquarters of the National Oceanic and Atmospheric Administration (NOAA) in Washington, D.C.; the American Association for the Advancement of Science (AAAS) in Washington, D.C.; and the Tang Museum in Saratoga Springs, N.Y. She will discuss the interrelationships of art and science and the role of art in inspiring ocean conservation.

Friday, April 17
Muslim Friday Prayer and discussion on “Being Muslim in the American South: Engaging Religious Difference in Post-9/11 America”
1-2:45 p.m., Anna Todd Wofford Center, Andrews Field House
All faith traditions are welcome to the Muslim Friday Prayer, followed by a discussion on “Being Muslim in the American South: Engaging Religious Difference in Post-9/11 America” with Naijla Faizi and Muhammad Siddiqui, leaders of the Wake Forest University Students Association and Interfaith Council. The prayer will begin at 1 p.m., with the discussion starting at 1:45 p.m. As recent college graduates who attended school in the American South, Faizi and Siddiqui will share personal narratives about navigating the complexities of their lived experience as Muslims on the campus of Wake Forest University. Faizi grew up in North Carolina, where she often carried the burden of being the only Muslim her friends and local community had ever met. While Siddiqui emigrated from Pakistan to a diverse Muslim community in New York City, he left his all-too-familiar environment to experience life as a Muslim in the South. At Wake Forest they were confronted with a variety of challenges including an Islamophobic hate campaign against their Muslim chaplain. In their struggle to look beyond the overwhelming pressure of constantly exonerating their deepest sense of self from accusations of violence, savagery and oppression, they were inspired by a simple Quranic teaching, “Let not the hatred of a people swerve you away from justice.” As leaders of the WFU Muslim Students Association and Interfaith Council, Faizi and Siddiqui continue to work toward embodying that teaching in their efforts both on and off-campus to create more inclusive environments for civic and social engagement. Presented by the Wofford Multicultural Student Association and Chaplain Ron Robinson’s Public Sphere Series.

Tuesday, April 21
Faculty Talk: “Why our Brain Remembers and Forgets: The Effect of Stress and Emotion on Memory”
Speaker: Jeremy Henkel, assistant professor of philosophy
3:45-5 p.m., Gray-Jones Room, Burwell Building
Why will you never forget your wedding day or the time when you heard about the attacks on the World Trade Center? Why are students, faced with crippling test anxiety, unable to remember the material on the test that they knew so confidently studying in their dorm room? This talk explores how the brain supports pleasant and unpleasant memories differently and how the body’s reaction to stress can modulate memory retrieval for emotional events.

Tuesday, April 28
Department of History Lecture: “Carrying the Pox: The Use of Children and Ideals of Childhood in Early British and Imperial Campaigns Against Smallpox”
Speaker: Dr. Lydia Murdoch, professor of history, Vassar College
4-5:30 p.m., Olin Teaching Theater, Franklin W. Olin Building
Dr. Lydia Murdoch, professor of history at Vasser College, will examine the children used to transmit anti-smallpox technologies, starting with the popularization of inoculation in England in the 18th century and extending through British efforts to bring cowpox vaccinations to South and East Asia in the early 1800s. The histories of these children “demonstrate how new concepts of childhood proved instrumental in the extension of medical developments and global imperial networks.”